Samsung, which is gearing up to launch its own mobile payment service, Samsung Pay, in Korea and the US this summer, has decided not to collect fees on Samsung Pay to help dominate the rapidly-growing mobile payments market. 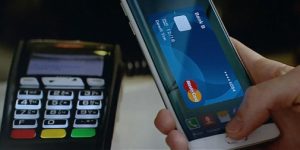 payments, rather than putting a halt on its market expansion by demanding 0.0015% fees – reports Business Korea.

According to sources in the credit card industry on March 6, Samsung has decided not to charge its partnered credit card companies for Samsung Pay, which include Shinhan Card, Samsung Card, KB Card, Hyundai, Lotte Card, NH Card, Woori Card, Hana Card, and BC Card. The company is also not planning to demand that value-added network service providers and online payment service providers pay fees for using its mobile payment service.

Samsung’s policy on fees for credit card companies in the US is still unknown, but an industry source said that the company is unlikely to charge fees in the US in light of its decision in Korea. Hence, the move can be interpreted as its strategy not to earn profits from fees for Samsung Pay, unlike existing credit card businesses.

The tech giant’s decision is attributable to its belief that it will be possible to widen the distribution of Samsung Pay by providing its payment service free of charge.

Industry sources are saying that Samsung’s move is aimed at its biggest rival, Apple. Once Samsung Pay is widely used, it can sharpen its competitiveness in the smartphone business. It means that the Korean handset maker could stay one step ahead of the competition in the smartphone market by waiving fees.

In addition, Samsung could be ahead of Apple in the mobile payment business itself as well. Samsung Pay, which supports NFC, magnetic secure transmission (MST), and bar codes for mobile payments, has already secured more affiliated stores than NFC-based mobile payment service Apple Pay.

“The NFC payment service accounts for less than 10% of the mobile payment service market, but the weight of the MST-enabled service is more than 90%. So, I think that Samsung Pay that supports both NFC and MST will be distributed faster than Apple Pay,” said Shin Jong-kyun, president of the IT & Mobile division at Samsung. His remarks were made at a press event following the launch of the Galaxy S6 at this year’s MWC.

The largest Android phone maker seems to be making a strategy to find its profit model in new businesses related to mobile payments. “Samsung Pay’s profit model could include ads in the commercial market by issuing coupons or gift cards,” said Lee In-jong, vice president of Samsung Pay, at a press event.