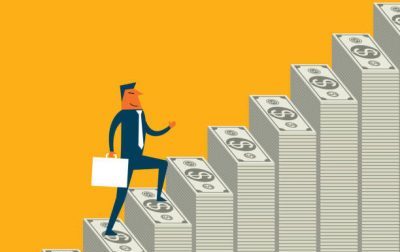 As conditions worsen to a point not seen in more than thirty years, we look at the implications for consumers and how the payments industry should respond.

Growth in the US economy is pegged to halve between 2022 and 2023, dropping to just over two percent next year down from a post-pandemic recovery high of almost six percent last year.

Doesn’t sound too bad – until you consider US inflation hit 9.2 percent in Q2, and interest rates have risen from historic lows to 1.75 percent today.

Again, this sounds like small beer until planned rate rises are thrown in the pot.

It’s predicted that US Fed rates will hit 3.75 percent by the end of next year, meaning the cost of the average mortgage could almost double from around four percent to more than seven percent.

“The implications of this crisis will be profound as consumers see the cost of borrowing almost treble over two years.”

Where the Fed goes, others follow – so no surprise to learn it’s a similar story across the UK, EU, Japan and other advanced economies.

A trifecta of debt hangover from the pandemic, soaring energy prices thanks to the the conflict in Ukraine and issues with supply chains and labour availability have hit the global economy.

When it comes to payments, the implications of this impending crisis will be profound as consumers under 40 see the cost of borrowing almost treble inside the next eighteen months.

Two new studies from J.D. Power in the US and Marqeta in the rest of the world show consumers becoming more cautious in how they pay, with Marqeta saying more than one in three Brits now thinks twice before spending on credit (36 percent), and J.D. Power’s study showing debit cards are now more popular than any other method of payment with US consumers.

However, with Standard and Poors Q3 European Report predicting reduced credit quality and much tighter access to credit, consumers are going to have to find ways of making ends meet as rampant inflation and rising interest rates hit their pocketbooks.

If it’s not credit, then what?

While competition for talent in a tight labour market might end up saving some, most consumers are going to find it harder to make ends meet over the next eighteen months and will turn to loans, BNPL and credit cards as a solution.

These markets are under considerable pressure from a range of sources, including outdated practices, impending regulation and reducing investor confidence.