Over a decade ago, mobile money emerged as a standalone service for consumers on the same mobile operator network. Since then, widespread use and uptake has led to integration in broader payment infrastructures, connecting a variety of financial services providers.

In the context of the new GSMA report, account-to-account (A2A) interoperability gives mobile money customers the ability to make a transfer between two accounts held at different mobile money providers (MMPs) or between an MMP and a bank.

In markets where mobile money is live, A2A interoperability is on the rise. To leverage and accelerate the success, both new and existing payment infrastructures will need to introduce and implement A2A interoperability in alignment with the business model, which is predicated on high volumes of low value transactions.

Doing so will not only sustain mobile money use cases, but also make it commercially viable for MMPs to offer financial services to underserved population segments at scale.

Across the globe, national and cross-border payment infrastructures are typically comprised of legacy systems designed to promote high-value and electronic transfers for the banking sector, where profitability is tied to high-value or interest-based use cases. 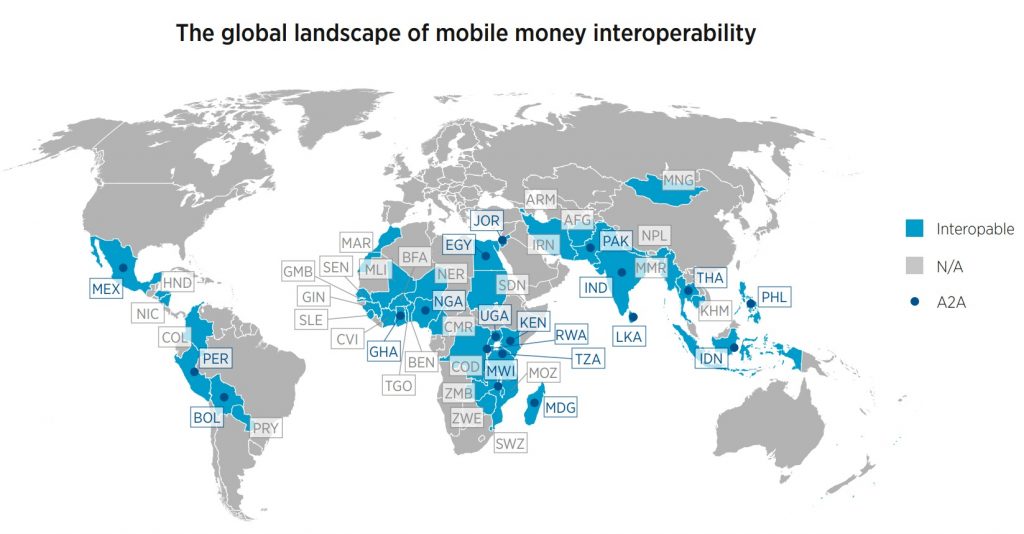 The growing prominence of mobile money, however, calls for a reimagining of payment infrastructures—ones which adapt and integrate the operational and commercial realities of MMPs, including mobile network operators (MNOs).

Interoperability models that prioritise the realities of MMPs will incentivise greater participation from the mobile industry and foster uptake of interoperable transactions.

Increased interoperability stimulates the circulation of digital values in payment ecosystems, advances government priorities for cashless economies and offers a range of benefits for end users, from greater convenience to positive socioeconomic outcomes.

Early insights also highlight the importance of having an enabling regulatory environment that allows MMPs to make commercially viable business decisions about interoperability. Fostering favourable conditions allows MMPs to implement interoperability in a way that is commercially appealing and user friendly to consumers, which will be essential to increasing the uptake of use cases across networks.

Mobile money is increasingly ubiquitous in emerging markets. As of December 2019, over 290 services were live in 95 markets across Africa, Asia, Latin America and the Middle East, collectively unlocking financial access for hundreds of millions of people.

Today, consumers are using mobile as part of their daily activities and across a variety of use cases, including domestic peer-to-peer (P2P) transfers, airtime top-ups and payments for bills, goods and services.

Governments and businesses rely on mobile money for bulk disbursements, including social welfare and pension benefits, supply chain expenditures, and salaries and wages.

Collectively, the findings of the Tracking the journey towards mobile money interoperability, reveal that the success of an interoperability initiative depends on having appropriate governance structures and commercial models in place in advance of commercial launch and technical implementation.

Sufficient time and resources should be allocated to defining governance and business rules to allow for the successful uptake of interoperable transactions when interoperability is functionally in place.