PCM Feature: Blockchain – Out of the blocks?

Blockchain has been called the most over-hyped innovation in the world today, with the hysteria surrounding it sometimes compared to the infamous “dot.com” bubble of 1999-2000. PCM Editor James Wood looks at the rationale behind the hype, where the payments industry stands on blockchain, and what possible future implementations of blockchain technology might look like.

At first, it seemed simple enough. In 2008, the inventors of Bitcoin, working under the pseudonym Satoshi Nakamoto, needed a means of keeping a record of who had been buying and selling their new cryptocurrency. So they created a digital list (the “chain”) of linked records, or “blocks”, using cryptography to retain the anonymity of parties to the transaction. By adding a timestamp and transaction data to these records, it became possible to know when a bitcoin trade occurred, associating this trade with counterparties via their encrypted digital signature.

Two great advantages of what was originally known as “the block chain” quickly became apparent: the first was that, because the “blocks” are time-stamped and associated with individual users, each “block” is unique. The second advantage is that is possible for an individual “block” to be utilised as a form of digital identification multiple times and in different environments, effectively switching its utility from transaction record to a form of Digital ID and permanent record of any transaction or movement.

Over the past decade, the potential of blockchain to significantly improve any human endeavour involving the transfer of large amounts of data – and, in particular, sensitive data – has been the subject of an avalanche of interest. From medical records to exam results, haulage and logistics, international trade and government records – barely a week passes without another blockchain application being touted in the media. In one sense, this is unsurprising, since our internet-enabled world now thrives on data. Forbes magazine recently estimated that 90 percent of all data in existence today was created in the last two years – and that the human race is currently generating a further 2.5 quintillion bytes of data records every day.

The financial services industry was not slow to appreciate the potential of blockchain across its entire range of activities, from trading desks to settlement, lending operations, mortgages – and, of course, payments. This year, investment in blockchain technologies by banks is expected to hit $400 million – with VC funding for blockchain-based start-ups reaching half a billion US dollars four years ago.

And these trends show no sign of slowing down: a late 2018 survey by PwC suggested that 14% of all VC funds world-wide intend to invest in some form of blockchain in 2019. Not all of this money is going to payments – in fact, many commentators believe some of the most interesting use cases for blockchain lie in the areas of compliance, claims processing, loan origination and corporate finance. German car company Porsche provided a recent high-profile example, when it sourced a corporate loan of $150m on favourable terms from a blockchain-based lending platform.

When it comes to payments, blockchain’s basic premise is that by establishing decentralised ledgers for payments, the technology will facilitate faster transactions at lower fees than banks can manage. Its proponents claim that blockchain offers a high-security, low-cost way of sending payments that cuts down on the need for verification from third parties and beats processing times for traditional bank transfers. When polled on blockchain’s utility in late 2016, 90 percent of industry professionals said they believed this technology will change the industry by 2025.

The Chain not the Coin

At this point, it’s important to make the distinction between blockchain technology and the digital or crypto-currencies associated with it, of which Bitcoin and Ethereum are the most well-known. These digital currencies offer a store of value which can be exchanged electronically without reference to a bank using what’s called distributed ledger technology. Understandably, then, banks are not keen on crypto-currencies, with JP Morgan’s Jamie Dymon famously describing Bitcoin as, “worse than tulip bulbs… it won’t end well”, and his counterpart at Goldman Sachs, Lloyd Blankfein, commenting that Bitcoin, “feels like a vehicle to perpetuate fraud.”

Central bankers are no less dismissive, with the Bank of Intenational Settlements (BIS) describing cryptocurrencies as “a catastrophe”, and Bank of Canada Governor Stephen Poloz dismissing Bitcoin trading as “gambling.” At the same time, though, Poloz recognised blockchain technology as “a true piece of genius.”

This distinction is important, since the present and medium-term applications of blockchain appear to be more focused in the clearing and settlement arena than in replacing fiat currencies with crypto-currencies.

Word on the Block

To understate the case, there is a wide range of opinion regarding the extent to which blockchain will change the processing, clearing and settlement aspects of the payments business. Proponents of the technology, such as Elixxir’s David Chaum or Ripple’s David Schwartz, predict that blockchain will completely revolutionise the payments industry by 2025. For blockchain’s champions, the world’s payment networks are unreliable, outdated, expensive and slow, overly liable to fraud, involve too many intermediaries and are not fit for purpose in the twenty-first century.

Against these arguments, blockchain’s detractors argue that it’s too early to tell whether the technology will be able to operate at the scale required to cope with the billions of transactions processed annually by existing networks. Esther Pigg, Senior Vice-President of Product Strategy at global banking services group FIS, says: “Presently, blockchain-based processing systems lack the scaleability and interoperability of existing arrangements. Card networks as they exist today are tremendously fast at processing large numbers of transactions per second. Where there are challenges, such as ID in digital transactions, it may be possible to make existing technologies more secure and transparent, rather than switching wholesale.”

While careful to state that FIS will work with its clients to build the best solutions for their business, Pigg notes the huge variations in processing times experienced by some companies that have trialled blockchain-based processing. The challenge is the length of the chain involved in any given transaction – if multiple parties, jurisdictions and currencies are involved, then confirming the chain associated with that transaction can involve significant amounts of computing power and, lest we forget, energy. As the BIS’s condamnatory review of blockchain in its 2018 Annual Report noted, “to process the number of digital retail transactions currently handled by selected national retail payment systems, the size of the ledger would swell well beyond the storage capacity of a typical smartphone in a matter of days, beyond that of a typical personal computer in a matter of weeks and beyond that of all servers in a matter of months.” 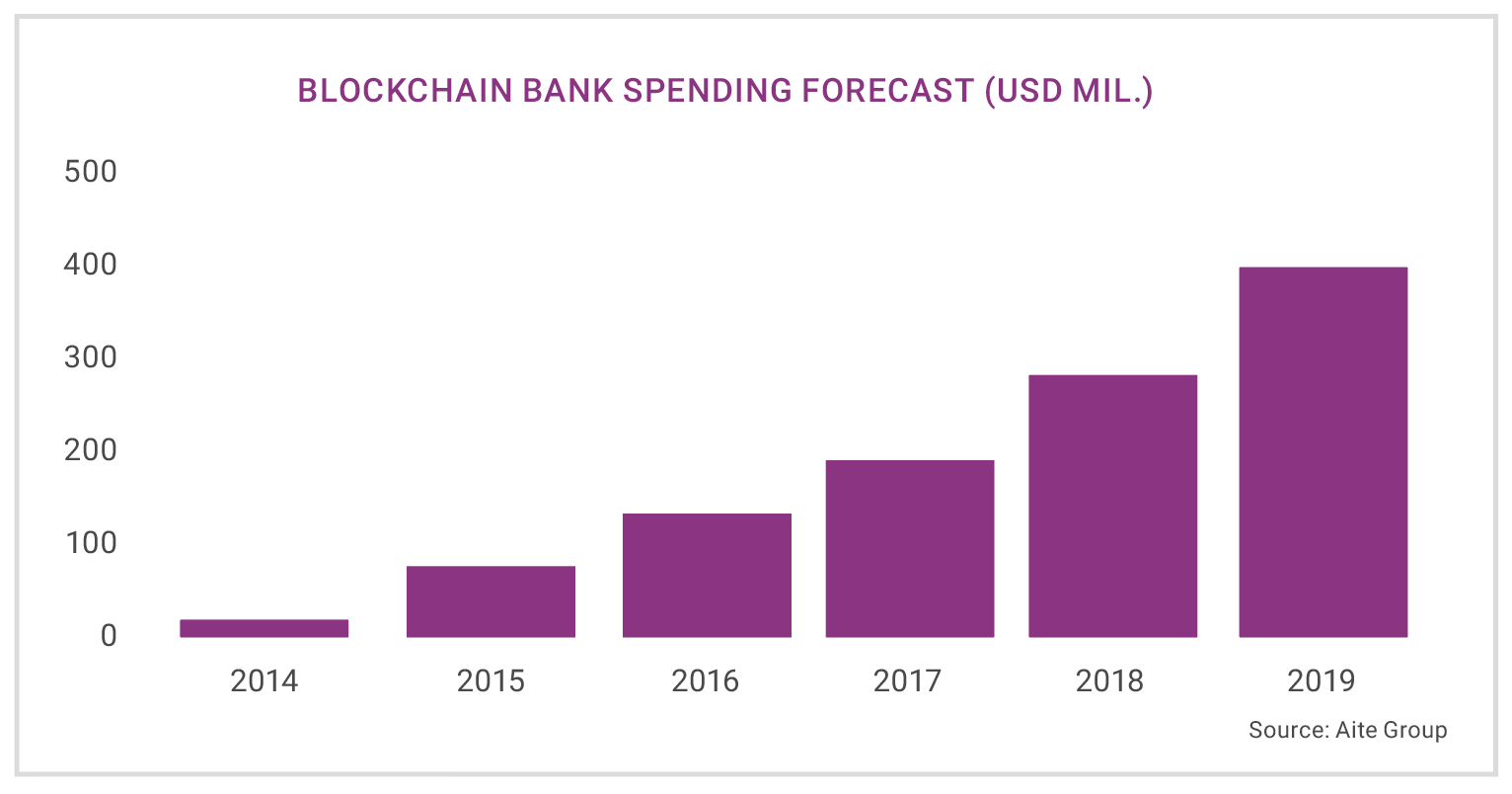 Despite these jeremiads, there is solid evidence of the successful implementation of blockchain in payments, albeit – to date – in limited environments or closed systems. One example of this is BitPesa, a blockchain company focused on facilitating B2B payments in Kenya, Nigeria, and Uganda. As of the end of 2018, the company had processed $340 million in transactions, reportedly growing 20% month-over-month, and serving 25,000 corporate customers across Africa. In the Middle East and South Asia, Emirates NDB partnered with India’s ICICI Bank on a proof-of-concept project in which remittances and trade finance deals were successfully cleared and settled using blockchain. Meanwhile, US-based BitPay, a bitcoin payment service provider that helps merchants accept and store Bitcoin payments, has more than 40 integrations, partnering with e-commerce platforms like Shopify and LemonStand to facilitate Bitcoin payments.

These small successes have encouraged larger players to sit up and take notice. While both Visa and Mastercard have applied for patents related to blockchain – principally in the area of transaction security and cardholder identification, Bank of America’s recent work on blockchain has resulted in 43 patents. Overall, according to Fortune magazine, there were 1,245 US patent applications relating to blockchain in 2018 – up from 313 just two years ago. In terms of current patents, Mastercard, Visa and Bank of America were all in the top ten holders of live blockchain-related patents worldwide.

These smaller-scale successes and patent activities speak to blockchain’s clear potential for the payments business. The challenge now is whether blockchain can be scaled up to function internationally in the consumer and wider corporate environments without “breaking the internet”, as the BIS claims. Recent launches by major international corporations like IBM and Oracle suggest a high level of confidence that such scale can, and will, be achieved.

At SIBOS 2017 in Toronto, IBM announced the launch of a blockchain-based system which it claimed would make payments faster, cheaper, more secure and with richer data features. Essentially a pilot project, this system processes transactions in 12 under-served currency corridors between the Pacific Islands and Australia, New Zealand and the United Kingdom, using digital currencies as a foreign-exchange bridge to allow for near-real-time transaction settlement. The company followed this announcement with the late 2018 launch of IBM Blockchain World Wire, a financial rail that claims to clear and settle transactions in near-real time. By pegging a crypto-currency to the US dollar (a so-called “stablecoin”), IBM and its partners claim to be able to clear and settle transactions almost instantaneously without reference to third parties.

In mid-2018, Oracle fully launched a blockchain-based system it had previously been trialling with select corporate clients. Not limited to payments, Oracle’s system allows clients to monitor supply chains, track shipments – and pay customers and suppliers. Similar enterprise management systems based on blockchain have been launched by SAP and Microsoft as these giants recognise blockchain’s potential help in the complex payments environment corporations face when doing business internationally.

Revolution in the Head?

To date, though, none of these solutions have achieved anything like the scale or speed of established payments infrastructures. To take one example, blockchain payments specialist firm Ripple, one of the largest and most successful start-ups in this area, works with around 100 financial institutions world-wide on blockchain transactions, clearing and settlement. By comparison, Visa and Mastercard serve approximately 30,000 financial institutions around the world. Nonetheless, there is firm belief among leaders in the payments business that blockchain has a role to play in the industry’s future. Sanat Rao, Chief Business Officer at Finacle, comments: “The understanding and application of blockchain technology has matured over the last few years. Many banking leaders are optimistic about the authentication, traceability, accountability and efficiency that blockchain offers for the infrastructure of the new digital banking world.” 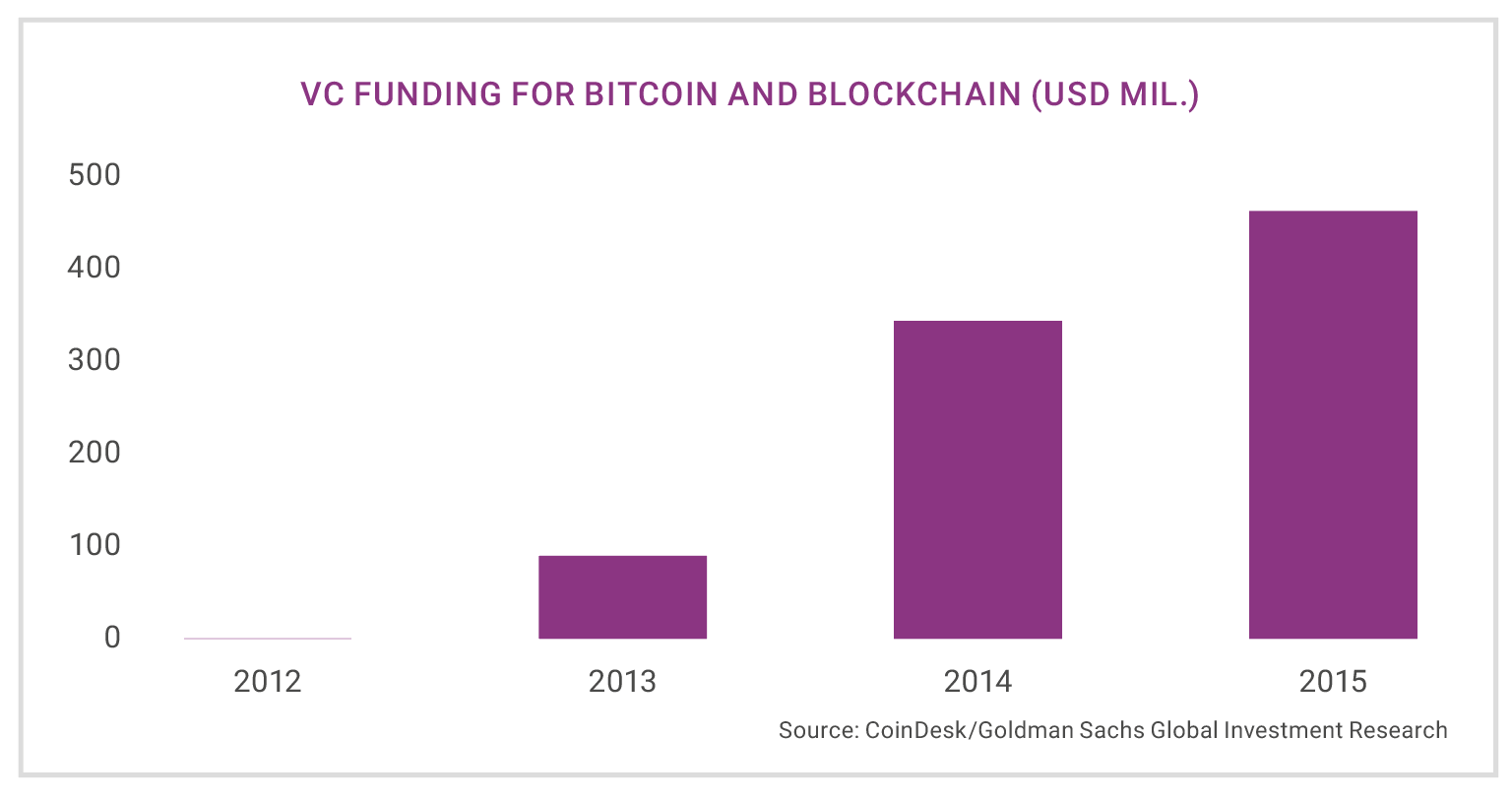 Raymond Qu, CEO of China’s specialist clearing and settlement provider GeoSwift, agrees: “There have been challenges with blockchain of late – but the technology is improving, and the use case makes sense. If you think about Moore’s law [where processing power doubles every eighteen months] and the level of investment we’re seeing in blockchain, it’s clear there is value for the industry. However, the industry will also have to agree on a set of standards if blockchain is going to be effective – exactly the same challenge SWIFT and other organisations faced years ago.”

Perhaps the most likely future for blockchain in payments is the slow accretion of a variety of smaller, successful schemes (such as Africa’s bitPesa) which merge into larger projects over a period of time. After all, the 2,000-year-old concept of cash has yet to fully disappear, and is unlikely ever to do so. Similarly, we will perhaps see the proliferation of a number of national and regional blockchain-based systems over the next ten years which work alongside and are interoperable with existing payments infrastructure. For payments, as for much of the rest of nature, evolution will be preferred to revolution.

The post PCM Feature: Blockchain – Out of the blocks? appeared first on Payments Cards & Mobile.