More telco based mobile wallets crash out of market

In what has started off as a bad week for the telco-led mobile wallet market both New Zealands Semble and Canada’s suretap have decided to remove themselves from the crowded market. 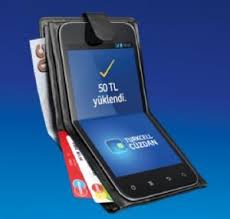 In statement, the JV says that with immediate effect users will no longer be able to add new cards to the wallet. Existing cards already loaded will continue to operate until expiry.

It is understood that the service failed to gain traction   with users and drive sufficient transaction volumes.

Canada’s Suretap, an app for SIM-based NFC payments services has been pulled from the Google Play and Blackberry World Apps stores and will no longer work after 26 August, a notice in the suretap site says.

The suretap app was first launched in 2014 by Rogers but was relaunched last year as a joint venture with Bell, Telus, Koodo and Virgin. Cibc came onboard, letting customers add its credit cards to the wallet, while gift and loyalty cards could also be added.

However, with banks introducing their own options such as Ugo, Apple Pay arriving in the country and Android Pay and Samsung Pay set to follow suit, suretap is closing its doors.