According to eMarketer, the number of people in China using their phones to pay at the point of sale more than doubled last year, and by 2020, almost half of all smartphone users will be making mobile proximity payments.

In eMarketer’s first-ever estimates of mobile payment usage in China, there will be 195.3 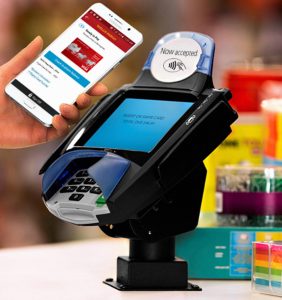 China’s rapid adoption of proximity payments is partly thanks to the fact that Chinese citizens do not frequently use plastic cards. China has jumped directly from cash to mobile payments. In addition, urban areas in China have seen widespread adoption of Alipay and Tenpay.

Also helping to drive the growth of proximity payments is the rising number of digital buyers in China making purchases on smartphones, suggesting a strong comfort level with new forms of ecommerce technology. eMarketer predict that smartphone buyers in China — people who make at least one purchase through a web browser or app during a calendar year — will account for more than 72% of smartphone users in 2016.