The words to the infamous Notorious B.I.G’s ‘90’s hit may be a spurious lead, but stay with me. 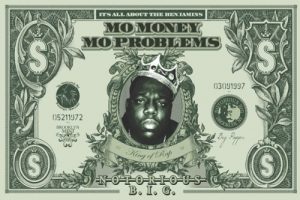 Buyer remorse is set to turn Black Friday into Blue Monday for retailers as refunds surge by as much as 40% according to Worldpay figures analysis of the previous year’s UK card transactions showing a surge in returns following the post Thanks Giving flash sale.

According to Worldpay’s analysis of consumer spending patterns, the total number of refunds processed by UK retailers in the week immediately following Black Friday increases by more than 40% as impulse purchases are returned to stores.

If trends follow a similar pattern to last year, the number of refunds as a proportion of total card transactions processed could also rise by as much as 20% this week, suggesting Black Friday bargain-hunters are more likely to return goods than shoppers who made purchases at other times of the Christmas shopping period.

In another headache for Season consumers and online retailers, UK and Europe need to be on high alert as fraudsters are expected to be out in force as the busiest shopping season of the year gets underway.

According to research by ACI Worldwide, e-commerce retailers in Europe can expect an 11% rise in fraudulent activity during the upcoming Christmas shopping season, compared to the same period last year.

The predictions are based on an analysis of hundreds of millions of transactions from European online retailers.

“Our research shows that online fraud is increasing at a nearly equal rate to the general growth rate in e-commerce activity due to a continuing shift from in-store to online activity in the UK and Europe,” explains Julia Roberts, Payments Risk Manager EMEA, ACI Worldwide.

“A well planned and thought out fraud management strategy can increase revenue by as much as 20%, and we encourage retailers to make adjustments to their fraud monitoring and prevention strategy in order to provide customers with a seamless shopping experience during this busy season.”