Mastercard says that it will open up access to its in house blockchain technology platform via an application programming interface (API) which will be made available to developers at banks and retailers. 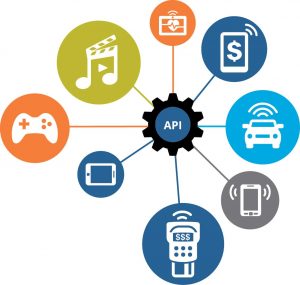 The company has filed for over 35 patents in blockchain and invested in Digital Currency Group, a collaborator that builds, incubates and seeds Bitcoin and blockchain technology-related companies. It recently joined the Enterprise Ethereum Alliance to explore the possibilities of the Ethereum technology across a wide range of potential use cases, many of them well outside the scope of Mastercard’s traditional payments environment.

The company said it has tested and validated its permissioned ledger and will initially implement the technology in the business-to-business (B2B) space to address challenges of speed, transparency, and costs in cross-border payments. The platform has been engineered to address non-card payment transaction such as B2B payments and trade finance transactions complemented by built-in proof-of-provenance to authenticate products across the supply chain.

“By combining Mastercard blockchain technology with our settlement network and associated network rules, we have created a solution that is safe, secure, auditable and easy to scale,” says Ken Moore, executive vice president, Mastercard Labs.

“When it comes to payments, we want to provide choice and flexibility to our partners where they are able to seamlessly use both our existing and new payment rails based on the needs and requirements of their customers.”

With a financial giant like Mastercard betting on blockchain, previous predictions by experts seem to be coming true. Blockchain is changing the way we do things — particularly financial transactions. Recently, the Bill & Melinda Gates Foundation opened up a payment platform that caters to those without access to traditional financial services.

The blockchain revolution, however, is definitely not limited to just the world of finance. Industries like healthcare, aviation, energy, diplomacy, and education are also exploring blockchain solutions to fit their needs. There is even the possibility of a new internet powered by blockchain.