The total number of MasterCard processed transactions passed the 1 billion mark in Europe last year – an increase of 150% from 2014. 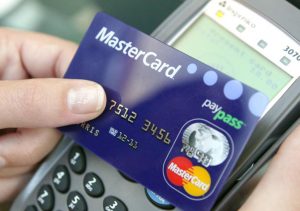 cards in circulation growing by 188% in the UK, and contactless expenditure growing by 375% from Q4 2014 to Q4 2015. During the same period the average size of contactless transaction was £8.80.

Contactless cards and devices are now accepted in 74 countries around the world, at more than 4 million retail locations worldwide.

Data also shows the number of contactless cards and devices issued to consumers across Europe increased by 50% in 2015.

The results are telling, supporting consumers’ increasingly positive attitudes towards contactless payments, which offer speed and convenience, and enhance the overall shopping experience.

But these aren’t the only factors driving this trend. Contactless payments offer a safer alternative to cash, providing consumers with the added benefit of state-of-the-art multi-layered security protection. With increased usage, comes familiarity and reassurance; more than two thirds of consumers now believe contactless technology is just as safe or more secure than traditional forms of payment.

Scott Abrahams, Group Head of Acceptance and Emerging Payments at MasterCard UK and Ireland commented: “The rise of contactless usage and acceptance is certainly encouraging, but so are the opportunities for retailers to capitalise on this trend. New research1 shows that in the UK, 59% of daily purchases are below £20, and therefore typically within the contactless limit. With the majority of transactions falling within the contactless price band, retailers are in the ideal position to take action and reap the benefits with so many consumers embracing this technology.”