A cyber attack by an international criminal gang is though to be responsible for digital services at Lloyds Banking Group being intermittently down for more than two days. 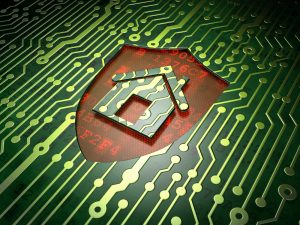 The denial of service attack was unleashed on high street lenders two weeks ago, according to people familiar with the situation, although only customers of Lloyds experienced problems accessing their accounts.

The cyber attack, which involved swamping a website with traffic in an attempt to disable it, affected Lloyds and its Halifax and Bank of Scotland brands, leaving many customers temporarily unable to use services such as checking their balance or sending payments.

No customers suffered a financial loss. TSB, which was carved out of Lloyds in 2013 but still uses its technology platform, was also hit. The breach comes just months after a high-profile cyber heist against Tesco Bank, which forced the lender to repay £2.5m to 9,000 customers who had their money stolen.

Other banks have been hit by service outages in the past two years after their systems were breached by cyber attacks.

Royal Bank of Scotland suffered a cyber attack on its online services in July 2015. Banks experience a steady flow of cyber attacks, and many are repelled.

System failures often happen towards the end of the month near payday — as was the case for RBS — or on special events when large volumes of transactions occur.