LG has managed to launch its heavily delayed mobile payment service dubbed LG Pay on Friday, June 2. The digital wallet will  compete with other wallets like Samsung Pay and Apple Pay. 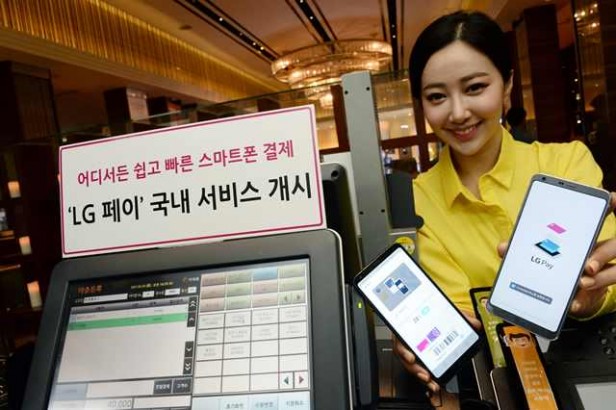 According to the Korea Herald, LG revealed that it digital wallet is based on the Wireless Magnetic Communication technology, which will allow users to make payments by simply touching their compatible mobile phone to the POS reader.

Rumors of LG developing its own mobile payment system were rife since early 2016. It was initially rumored that the digital wallet would be introduced in LG smartphones by 2016.

“‘LG Pay’ is a service that allows users to pay offline on a smartphone just like a credit card. WMC (Wireless Magnetic Communication) technology, which generates magnetic signals from mobile devices and charges them when they are brought to a general credit card terminal, is installed ,” the company shared.

LG shared that LG Pay would initially be available only through four major credit card brands, namely KB, Shinhan, Lotte, and BC. However, the South Korean-based OEM plans to gradually expand and bring on board all major cards in the industry by September end.

The newly-launched service would initially be available only for LG G6 users. However, LG plans to extend the service to other devices very soon.

The company claims that LG Pay has airtight security measures while handling card details and transactions. LG asserts that a user will have to scan their fingerprint each time they wish to make a payment. This security measure will set new standards for mobile payment services.