Once again, LG Electronics has been forced to delay the launch of LG Pay, its proprietary mobile wallet, until 2017.

This is the second launch delay for the wallet, which was originally supposed to be introduced 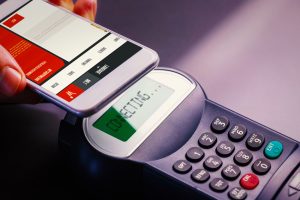 along with the new LG V20 phone that starts selling in South Korea at the end of the month. However, LG Pay has found errors while trying to integrate with the White Card, a physical “universal card” that links to mobile devices and aggregates users’ credit and debit card information.

While Samsung Pay and Apple Pay work by allowing supported smartphones to act as though they were credit or debit cards, LG Pay is supposed to function with a universal physical card, called “White Card,” which is designed to contain all the credit and debit card information of users. The White Card works by having it connected to a smartphone via NFC for IC and mag-stripe payments.

Unfortunately, while LG was testing out its mobile payment system, certain errors were discovered. It also did not help that regulatory approval for the service has yet to be realized and the White Card physical cards have yet to be made available in the company’s home country. Hence, LG failed to fulfill the launch of its mobile payments service despite announcing in March 2015 that LG Pay is rolling out this year.

LG has yet to officially comment on the reported postponement of its mobile payments service. With each delay, LG Pay risks falling further behind its competition. In its home country of South Korea, rival Samsung Pay has already accumulated 2 trillion won in transactions since August 2015, underscoring a potential audience that LG could be losing out on.