In June 2021, BBVA Mexico became the first bank in Latin America to announce the rollout of biometric payment cards. Following launches in card-loving France and Switzerland, the world has been favourably surprised to see Mexico as next to launch.

Latin America has made itself known in the FinTech world in recent years. It has become one of the world’s most active regions for the industry, with over half a billion US dollars raised for FinTech start-ups in H1 2020 – writes Gilles P. Roux, Head of Payments Business Americas at Fingerprints .

Now the region has strong ambitions to continue this momentum in payments and FinTech innovation, moving from a cash-first ecosystem towards a new chapter for banking and payments.

Latin America has historically seen relatively high unbanked or underbanked populations. For example, the estimated unbanked individuals in Mexico and Brazil are 42 and 34 million respectively, that is a staggering 32% and 16% of the overall population

However, the past few years have seen significant and rapid change. The proportion of unbanked citizens in Costa Rica dropped 8% between 2019 and 2020. Argentina’s fell by 8%, Colombia 18% and Brazil an astonishing 73%.

Many put this down to the FinTech revolution. It is establishing a smarter payment ecosystem and the region’s banking sector is offering the latest innovations and experiences to customers to establish new levels of trust.

Take Mexico, where openings of digital wallets and patronage of neo banks have grown by 30%, while electronic transactions such as bill payments and money transfers have soared by 80%.

In July 2021, the number of digital bank accounts in Brazil topped 200 million, and according to the Bank of America, May saw 21 million Brazilian banking apps and digital wallets downloaded.

And Latin America shows no sign of slowing down.

Catching up with contactless

As the region’s banking sector serves previously unbanked citizens and payments technologies proliferate, the cash-first economy is eroding. In Brazil, the use of payment cards grew 8.2% in 2020, topping 2 trillion transactions.

Much like the rest of the world, Latin America consumers are migrating away from cash and PIN pads towards contactless, attracted by the frictionless and hygienic payment experience. Brazil saw a remarkable 469.6% growth in contactless payment value between 2019-20 as a consequence.

According to Mastercard, 80% of card issuers across Latin America now offer contactless cards, and 84% of the region’s consumers believe they are a cleaner way to pay. Also, 79% of consumers felt contactless payment cards were more secure than cash, and similar numbers plan to keep using them for the foreseeable future.

Despite the strong growth in contactless, consumers are concerned about the risk of fraud if their cards are lost or stolen, and many are still confused about varying payment limits at the POS.

Given the high proportion of previously unbanked consumers, establishing trust and confidence will be key factors in maintaining momentum behind the evolving FinTech and payment sector in the region.

Biometrics has a role to play. In many countries of Latin America, consumers have already been using biometrics for decades to authenticate themselves; for social security, ID, driving license, accessing workspace and registering work time.

Educating consumers on the role biometrics has to play for secure and convenient payments experience, highlighting that their data stays in their control, will bring reassurance and confidence. And when more consumers experience the same convenience of contactless paired with advanced security level, demand and adoption will follow.

The launch of biometric payment cards in Mexico with BBVA reflects the region’s ambitions to continue its progress towards smarter payments and embrace cashless opportunities.

As the region aspires to maintain momentum, biometric payment cards can be a powerful asset in the decision maker’s toolbox, and it would be no surprise that BBVA Mexico is the first in a long list of Latin American banks offering this stunning innovation to their customers. 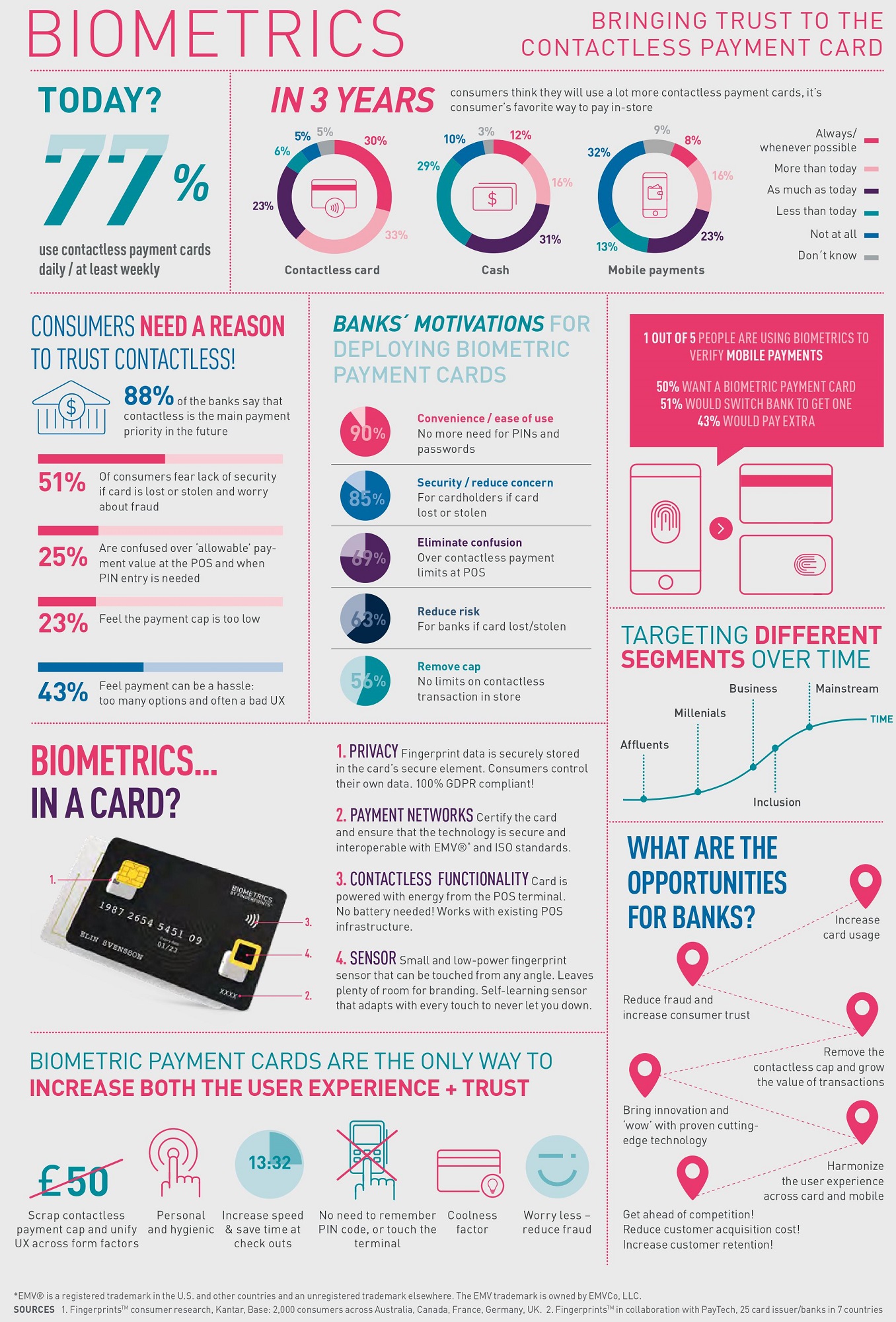