JPMorgan Chase says it will soon launch a competitor to Apple Pay, Chase Pay, that will allow consumers to pay retailers using their smartphones in stores, and it has already won the endorsement of a major group of merchants. 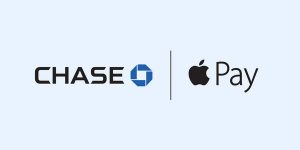 smartphones, which many financial executives believe will one day be consumers’ preferred way to pay for everything from milk and eggs at the supermarket to a rental car at an airport.

The companies that figure out how to convince consumers to stop pulling credit cards out of their wallets and start paying with their phones stand to earn vast sums by taking a percentage of the trillions of dollars that consumers spend annually – according to Reuters.

No clear front-runner has emerged in the business yet. Chase believes its smart phone application, known as Chase Pay, has one key advantage: the caliber of retailers it has brought on board, Gordon Smith, chief executive of the bank’s consumer business, told Reuters.

Chase has signed a deal with the Merchant Customer Exchange, a group of major retailers including Wal-Mart and Best Buy to accept payments through the bank’s technology.

Retailers included in the Merchant Customer Exchange ring up more than $1 trillion of sales per year and have over 100,000 outlets.

Rivals like Apply Pay have struggled to sign up retailers to accept their payments. In June, Reuters interviewed the top 100 US retailers and found that two-thirds said they did not plan to accept Apple Pay this year.

Apple’s Apple Pay’s website lists Best Buy in its “Coming Soon” section but has no mention of Wal-Mart.

Chase signed up the Merchant Customer Exchange mainly by promising to cut retailers’ costs, Smith said. Whenever a consumer pays for something with plastic, the retailer pays fees to banks and credit card networks to process the transaction.

Chase is willing to accept a lower fee for Chase Pay transactions than for other transactions, and hopes to make up the difference by getting more volume over its network, Smith said.

“As merchants give us more business, we will give them better pricing,” Smith said in an interview. Chase declined to comment on how much it would cut fees. Chase expects to market its product heavily in the middle of next year.

David Robertson, publisher of the Nilson Report, which tracks the card business, said JPMorgan’s bid matters to players throughout the industry because of how many cardholder and merchant customers the bank has. “The whole thing is about scale, and Chase is a titan,” Robertson said.

Chase Pay will initially work for consumers that already have Chase credit, debit, and prepaid cards, Smith told Reuters in an interview. There are about 94 million of those cards outstanding now in the United States, and the bank has more spending on them than any other issuer. The app will work on Apple and Android-based phones.

JPMorgan Chase’s consumer bank has already factored the system’s near-term launch costs into its expense estimates, and expects the benefits to come over the medium to long term.

The bank will continue working with Apple Pay and other services even as it builds a rival, Smith said.