According to the report, mobile penetration witnessed a healthy growth during the review 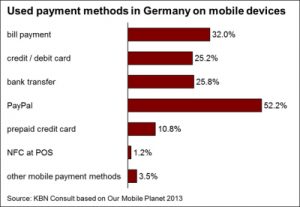 Payment methods in Germany on mobile

period, rising from 128.3% in 2010 to 134.3% in 2014. One of the primary reasons for growth in smartphone usage is the availability of 3G and 4G connectivity. Growing preference for smartphones, especially among the young population, is anticipated to further drive mobile penetration – which is expected to reach 143.4% in 2019 – and growth in m-payment transactions in the country. 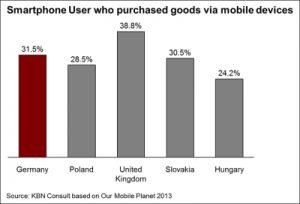 Smartphone users who purchased via mobile