Huawei Pay debuts in Russia with UnionPay as mobile wallet market is expected to hit $3.14 trillion

Huawei Technologies and China UnionPay have set their sights on international markets, as they prepare to launch Huawei Pay digital wallet technology outside the mainland, going shoulder to shoulder against rival e-wallet services such as Apple Pay and Samsung Pay. 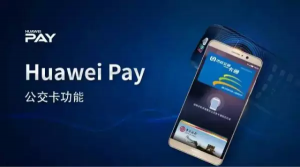 Huawei Pay debuts in Russia with UnionPay as mobile wallet market is expected to hit $3.14 trillion

UnionPay said in a statement last week that overseas services will launch in Russia and other markets along the “Belt and Road Initiative”.

“It is a win-win cooperation between two Chinese companies as we join hands to increase the influence that China wields in the global mobile payment businesses,” said Wang Lixin, a vice-president of UnionPay International, the subsidiary focusing on the company’s international business.

UnionPay, the mainland’s dominant bank-card clearing service provider, has been striving to expand its footprint worldwide after Beijing allowed foreign companies such as Mastercard and Visa into its domestic transaction clearing market.

By teaming with Huawei, the world’s third-largest smartphone maker, UnionPay is vying for a bigger global payment share, upping its ante with launches of new technologies and promotional campaigns around 168 countries and regions.

Huawei Pay uses biometrics and NFC technology to enable in-store payments through Huawei phones.  UnionPay and Huawei formed a partnership to work together on the e-wallet service in 2016.

In Russia, UnionPay has 400,000 POS terminals that can accept the Quickpass payment modes including Huawei Pay. China processed 11 times more mobile payments than the US last year, according to consultancy firm McKinsey & Company.

According to Zion Market Research, the global mobile wallet market was valued at $594 billion in 2016 and is expected to hit $3.14 trillion by 2022, reflecting a compound annual growth rate of 32%.

“Huawei aims to connect the safe and convenient payment technology with every customer of Huawei devices around the world,” said Alex Zhang Pingan, president of the company’s software product line.

In mid 2017, UnionPay played a leading role in issuing a global standard to support the unified payment systems for transactions using the QR code. EMVCo, a consortium for smart payments that is collectively owned by American Express, Visa, Mastercard and UnionPay, published the first universal version of QR code specifications, a sign that the payment mode has taken a significant step outside the mainland.