As far as bank card payments are concerned, UnionPay holds a dominant position in China. The state- 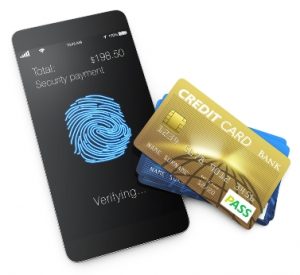 Last September, Huawei started testing its mobile payment service in China. Then, it could only be used in limited number of shops and restaurants.

This collaboration with UnionPay will help Huawei to activate its mobile payment service across China. According to The Wall Street Journal, the introduction of Huawei Pay will aggravate the already tough competition in the digital payment market of China.

Major technology companies, both domestic and international have entered into the fast-growing mobile payments market in China. The country’s mobile payment market is dominated by Alipay, owned by Alibaba Group Holding Ltd. Alipay enjoys 70 percent market share in the domain of mobile payments.

Huawei Pay promises to provide extra security to retain its position in the extremely competitive market. To make it more secure, every transaction needs a fingerprint authentication.

All NFC-enabled Huawei smartphones with a fingerprint scanner can be used to make payments using Huawei Pay. The Huawei Mate S, released back in December, 2015 supports NFC technology.

In 2015, supported by the steady sales in the domestic market as well as in Western Europe,Huawei has shipped 108 million smartphones, up by 44 percent from 2014.