Hackers have stolen 14% of the value of big cryptocurrencies

Cryptocurrencies and the software developed to track them have become attractive targets for cybercriminals while also creating a lucrative new market for computer-security firms. 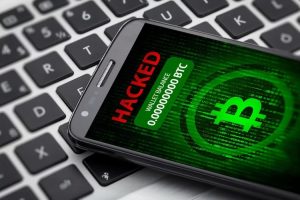 Hackers have stolen 14% of the value of big cryptocurrencies

In less than a decade, hackers have stolen $1.2 billion worth of Bitcoin and rival currency Ether, according to Lex Sokolin, global director of FinTech strategy at Autonomous Research. Given the currencies’ explosive surge at the end of 2017, the cost in today’s money is much higher.

“It looks like crypto hacking is a $200 million annual revenue industry,” says Sokolin. Hackers have compromised more than 14% of the Bitcoin and Ether supply.

Those losses could snowball as more companies and investors rush into the white-hot cryptocurrency market without weighing the dangers or taking steps to protect themselves.

Blockchain records are shared, making them hard to alter, so some users see them as super-secure. But in many ways they are no safer than any other software, Matt Suiche, who runs the blockchain security company Comae Technologies, said.

And since the market is immature, blockchains may even be more vulnerable than other software. There are thousands of them, each with its own bugs. Until the field is winnowed to a few favorites, as happened with web browsers, securing them all will be a challenge.

“Each implementation is going to have its own problems,” Suiche said. “The more implementations, the harder it is to cover all of them.”

Blockchains can track identity information, property records and even digital car keys, not just cryptocurrency. But of course, they do that too, and stolen Bitcoins can be converted into hard cash.

So while hacking a blockchain may be harder than breaking into a retailer’s database, “the rewards are greater,” according to Andras Cser, an analyst at Forrester Research. “You have much more information you can steal.”

Many blockchains started as forks that diverged from existing crypto ledgers, and as Taiwanese security researchers have pointed out, every fork gives hackers a new way to try to falsify data.

In a December 25 paper, researchers at the Institute of Electrical and Electronics Engineers outlined ways hackers can spend the same Bitcoins twice, the very thing blockchains are meant to prevent. In a Balance Attack, for instance, hackers delay network communications between subgroups of miners, whose computers verify blockchain transactions, to allow for double spending.

“We have no evidence that such attacks have already been performed on Bitcoin,” the IEEE researchers said. “However, we believe that some of the important characteristics of Bitcoin make these attacks practical and potentially highly disruptive.”

A researcher from Cisco Talos, a security group, found vulnerabilities in Ethereum clients, including a bug that “can lead to the leak of sensitive data about existing accounts.” A security hole in the Parity wallet resulted in losses of $155 million in November.

In December, Youbit, an exchange in South Korea, said it would file for bankruptcy following an attack in which it lost 17% of its assets. The same month, mining service NiceHash said hackers stole as much as $63 million in Bitcoin from its virtual wallet.

The post Hackers have stolen 14% of the value of big cryptocurrencies appeared first on Payments Cards & Mobile.