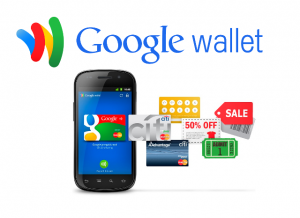 service Seamless have integrated their mobile applications with Google Wallet. The integration allows people using these merchants’ retail transaction applications or using their Websites to pay for purchases using Google Wallet – according to eWeek.

The two companies add to a growing roster of firms that have begun accepting the Google Wallet payment service. Others include Papa John’s, Panda Express, Jason’s Deli and Eat24.

Mobile apps from each of these companies now list Wallet among the payment options that people can use.Google has also worked to integrate Google Wallet with platforms like Shopify, ChowNow and Shopgate so businesses that use these services will now be able to accept Google Wallet as payment for purchases.

Though Google launched Wallet in 2011, acceptance of the mobile payment technology has been relatively limited till recently. But the attention generated by the Apple Pay mobile payment service over the past six months has given Google an opportunity and the competitive incentive to try to win broader adoption of its own technology.

In February, the company negotiated an arrangement under which mobile service providers Verizon, T-Mobile and AT&T have agreed to pre-install Wallet on their Android phones starting later this year.

Google also acquired the technology and intellectual property of Softcard, a company that was set up jointly by the three phone companies to develop mobile payment technology based on the near-field communication (NFC) technology built into Android mobile devices.

Google has said it will integrate Softcard’s technology into future versions of Wallet. Google’s moves with Dunkin’ Donuts, Seamless, Shopify and the others demonstrate good progress by Google and are timely, given the increasing momentum of Apple Pay, said Charles King, president and principal analyst at Pund-IT.

“These are exactly the kinds of moves Google needs,” he said. For Google, it isn’t just a matter of signing up big brand names, King said. “Ideally, you want businesses with a loyal clientele, especially those like Dunkin’ Donuts that have many customers who stop in daily. “The size of the purchases isn’t as important as the sheer number of transactions conducted at such locations, he said. It helps educate consumers about the electronic pay process and eventually helps transition them away from credit cards and cash.

“Overall, I’d expect to see Google and Apple, too, for that matter, to continue to announce additional, similar low-cost/high-transaction partners in the months ahead.”Google’s moves with Wallet come even as the company is reportedly moving ahead with plans for another mobile payment service called Plaso.