Nearly half (40%) of merchants are reporting a rise in friendly fraud over the past 12 months, but the majority are struggling to challenge Google Pay and Apple Pay chargebacks successfully, research by Ravelin finds. 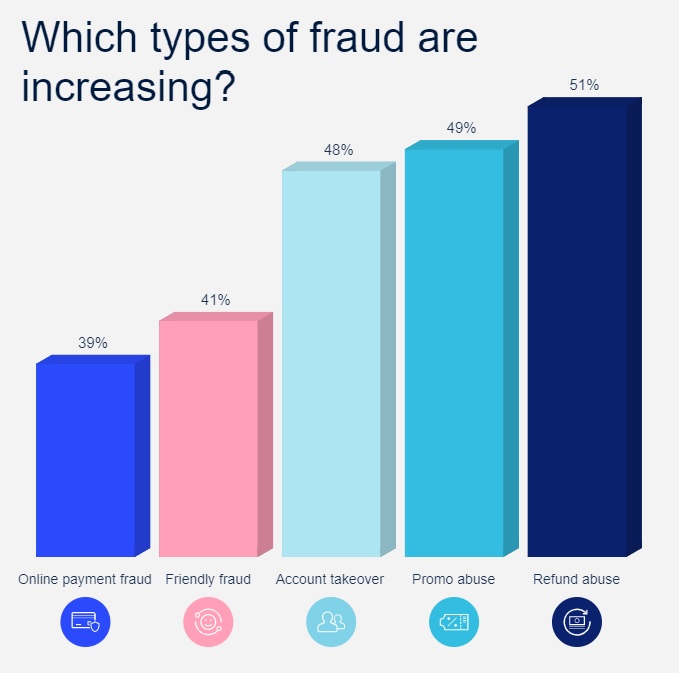 A significant number of merchants said that every form of fraud has increased, however greater numbers of merchants saw increases in newer forms of fraud – account takeover, promotion abuse, refund abuse and chargeback.

Placing these figures into context, merchants challenge on average 37% of chargebacks and are successful in 56% of these challenges.

The figures are particularly worrying as nearly a quarter of merchants say that Google and Apple Pay are a top payment method for fraudsters using stolen credit card details.

These are the findings from the Online Merchant Perspectives, Fraud & Payments Survey 2020 report, which draws on the opinions and experiences of 1,000 fraud and payments professionals around the world, providing a valuable in-depth understanding into merchant fraud teams, their environment, top business threats, fraud activity trends and forecasts.

These chargebacks are occurring as a result of a rise in friendly fraud (also known as first-party fraud) where a customer makes a purchase with their credit card, and then requests a fraudulent chargeback from the bank instead of contacting the merchant for a refund.

But with the inherent biometric authentication methods of Google Pay, banks are siding more with customers rather than merchants when it comes to challenging payments.

“Thanks to COVID-19 and contactless delivery for products, friendly fraud has been on the rise for the past few months — and Google and Apple Pay’s biometric security features don’t stop friendly fraud,” says Mairtin O’Riada, co-founder and CIO at Ravelin.

“It’s costing merchants a huge wad of cash at a time when profit margins have become wafer thin. The key to fighting this issue is to keep a closer eye on your own payment data. If you can track payment method types, the issuer country, loyalty scheme points and BIN ranges, you can begin to start to challenge chargebacks with more confidence and success.”