Google has launched a new app called Hands Free that doesn’t require you to take your phone out of your pocket and uses face biomerics. The new system is available on Android and iOS devices and is currently being tested in San Francisco. 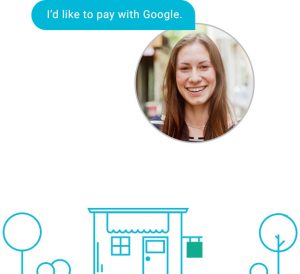 Then it’s up to the cashier to find your face in the system, match it to your face in real life, and then “ring through” the payment. Google is also testing an automated version where a built-in camera matches your face against the photo on file. The company says any photos taken by Hands Free cameras in stores are deleted immediately.

Once the transaction is finished you’ll receive a notification on your phone letting you know the payment went through This can also be used to head off any suspicious activity on your account.

Beyond your picture, Hands Free uses a variety of methods to identify your device and its location, including Bluetooth LE, Wi-Fi, and your phone’s location services.

Hands Free is currently available in San Francisco’s South Bay area at participating McDonald’s and Papa John’s locations, as well other local restaurants and cafes. There’s a complete list of all participating establishments within the Hands Free app.

Hands Free works with Android devices running version 4.2 (Jelly Bean) or higher, and the iPhone 4S and up. The new pilot program is not a part of Android Pay.