Visa has announced the results of an independent study examining the economic impact of Cashless Cities and increasing the use of digital payments in major cities around the world. 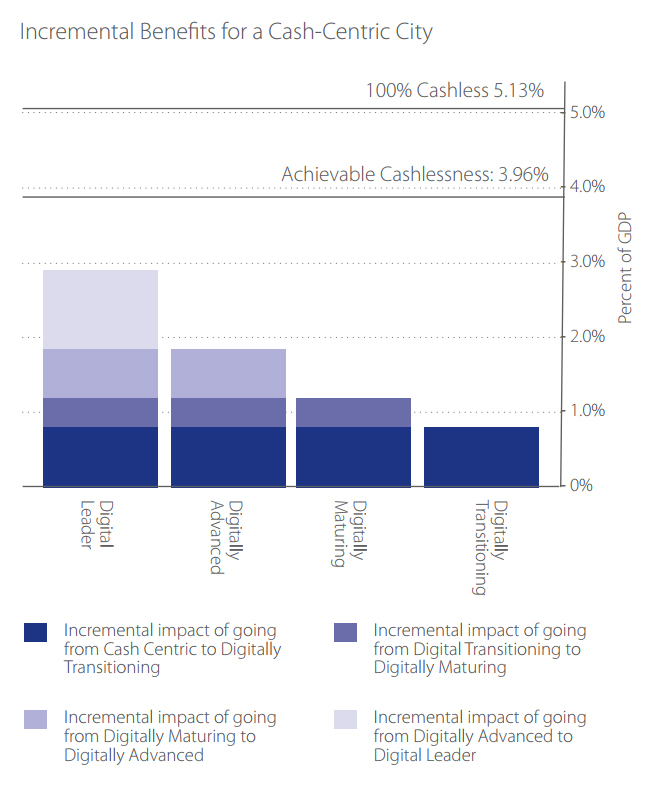 The study estimates that relying more on electronic payments, such as cards and mobile payments, could yield a net benefit of up to US $470 billion per year across the 100 cities studied – roughly the equivalent to 3% of the average GDP for these cities.

Cashless Cities: Realizing the Benefits of Digital Payments, is a unique study that quantifies the potential net benefits experienced by cities which move to an “achievable level of cashlessness”—defined as the entire population of a city moving to digital payment usage equal to the top 10% of users in that city today. The study does not look at eliminating cash. Rather, it seeks to quantify the potential benefits and costs of significantly increasing the use of digital payments.

By reducing reliance on cash, the study estimates the immediate and long-term benefits for three main groups—consumers, businesses and governments. According to the study, these benefits could add up to combined direct net benefits of approximately U.S. $470 billion across the 100 cities that were analyzed:

As cities increase use of digital payments, the positive impacts can extend beyond financial benefits to consumers, businesses, and government. The shift to digital payments also may have a catalytic effect on the city’s overall economic performance, including GDP, employment, wage, and productivity growth. 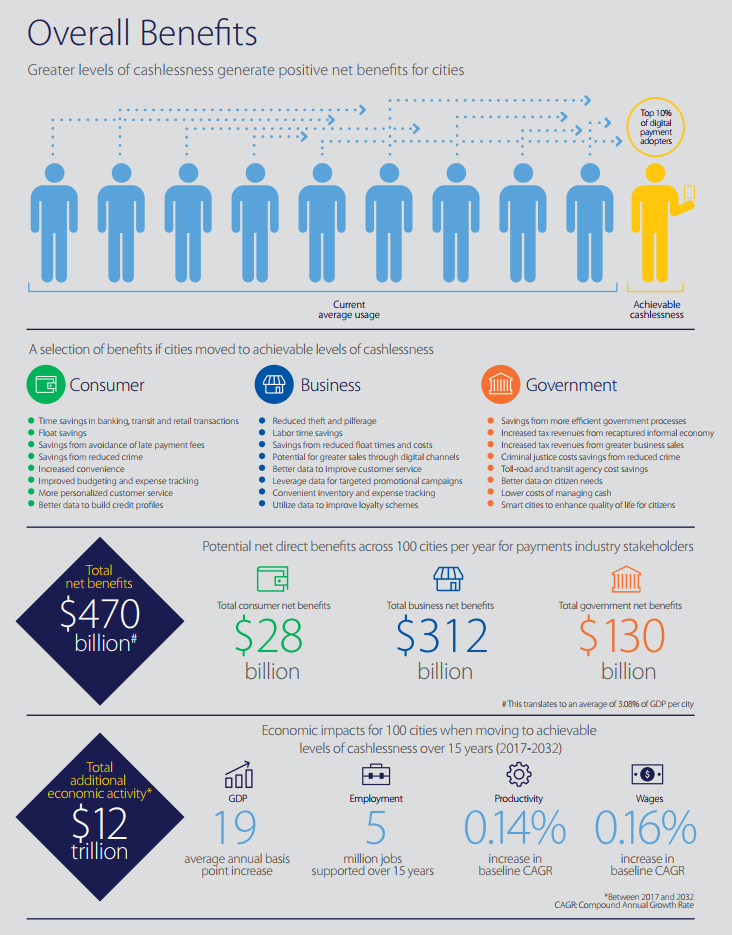