In 1997, the notorious British media tycoon Richard Desmond declared that the internet would have little to no effect on the way newspapers were run. Fast forward twenty years, and media titles mainly survive through the internet, with print sales having declined by two-thirds between 2005 and 2015. 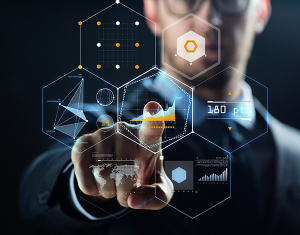 Ever since new financial technologies began proliferating ten years ago, the expectation has been that their impact on financial services would be as significant as that of digital media on music and publishing. On the basis of our 2018 Fintech Disruptors’ report, the short reply to that hypothesis is: possibly – but not yet – writes Simon Hardie, Partner at MagnaCarta – author Fintech Disruptors Report.

Just as new media took ten years to achieve full impact, so we’re only now beginning to see real change in the digital delivery of financial services. And that change is coming not just from fintechs, but from incumbent financial institutions themselves.

If our 2017 Fintech Disruptors Report saw banks waking up to the potential of FinTech, then 2018 finds banks in more confident mood, embracing partnership and seeking to innovate under their own brand. Meanwhile, a pattern familiar to students of the “dot.com” boom of 1999-2001 is emerging among FinTechs: the best, and most successful, FinTech companies are racing to scale up their offerings – and are doing so at little cost thanks to strong business models. Meanwhile, less successful players are experiencing funding challenges, losing direction and the innovative spark that created them in the first place.

So far, so much like the “dot.com” boom – and eventual bust. But where FinTech seems to diverge from the e-commerce revolution is in the emergence of a co-dependent relationship between start-ups and incumbent players. If Google, PayPal and Amazon created new markets and turned existing retail models inside out, then there’s significant evidence in this year’s report that banks and FinTechs realise they need each other more than anyone anticipated when we began researching this market three years ago.

Traditional financial institutions have found product and customer service innovation a huge stumbling block given their risk-averse, conservative cultures and massively complex legacy IT systems. At the same time, some of the most daring and revolutionary FinTechs have struggled with regulatory hurdles, access to customer channels and information about their potential customers’ behaviour.

Whilst we anticipate that the advent of PSD2 will eventually level the playing field between incumbents and digital challengers, we expect that consumers will not see the full effect of PSD2 for three to five years, a time frame beyond the patience of most venture capital investors. As a result, our prediction for 2018 is for wider and deeper partnerships between FinTechs and banks; the rapid scaling-up of FinTech solutions that are already successful; more innovation from the banks themselves, and the eventual withering of some start-ups that lack either the capital, ideas or relationships to continue developing.

The situation remains fluid, and both banks – who face the challenges of deep digitisation – and start-ups fighting for scale have significant opportunities ahead of them. Our report suggests that those companies with a bold vision and the capacity to make the right decisions will be the winners as the FinTech industry continues to grow in the year ahead.