A new report projects that establishing financial identities for the world’s financially excluded – or “unbanked” – population would add an extra $250 billion to global gross domestic product (GDP), mainly from developing nations in Asia and Latin America. This is the equivalent of bringing the productive potential of a country the size of Vietnam – a country of 95 million people – into the formal global economy.

Today, more than five billion individuals around the world own and use a mobile phone. This network of mobile phone users, covering more than two-thirds of the planet’s population, stretches far beyond the boundaries of the global financial system. Individuals that have never been granted access to financial services are welcomed into a valuable network of digital participants.

The connections they make within that network present a profound opportunity for the financial services sector, as well as for the well being of the world’s recently connected populations. The World Bank’s latest global report on financial exclusion estimates that 1.7 billion adults around the world have no access to financial services. 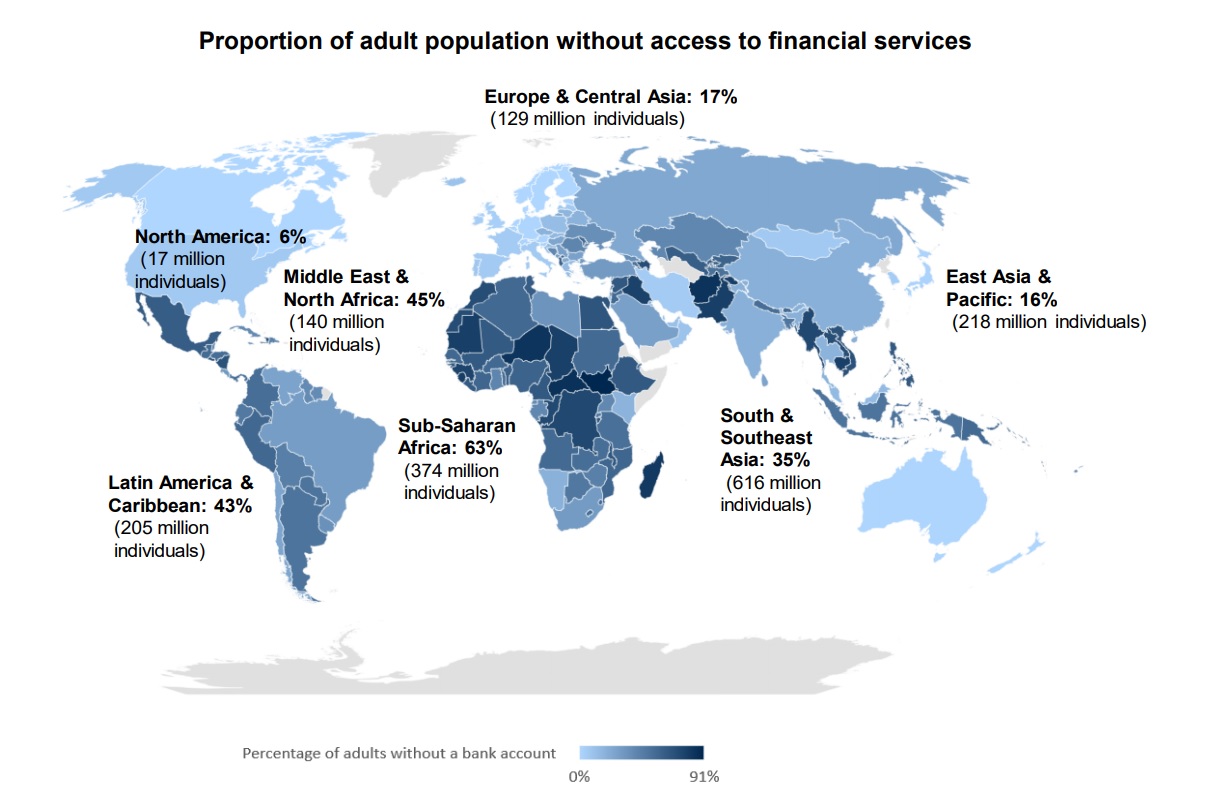 It suggests around 36% of the adult population is not registered with any credit bureau—the central repository of credit history information on which credit providers rely. Many more are “underbanked”—meaning that even though they have access to an account, they have little opportunity to borrow due to a lack of formal credit history.

While measuring the extent of the world’s underbanked population is difficult, the World Bank’s FINDEX survey states that one-in-five adults who are excluded from the financial system blame this on their inability to provide the necessary personal information.

Similarly, financial service providers are unable to accurately calculate the risks attached to these new customers because of a lack of information about their credentials and past financial behaviour.

However, the technology exists to overcome this financial identity problem. Mobile network operators hold the keys to unlocking financial services for the world’s unbanked and underbanked adults. 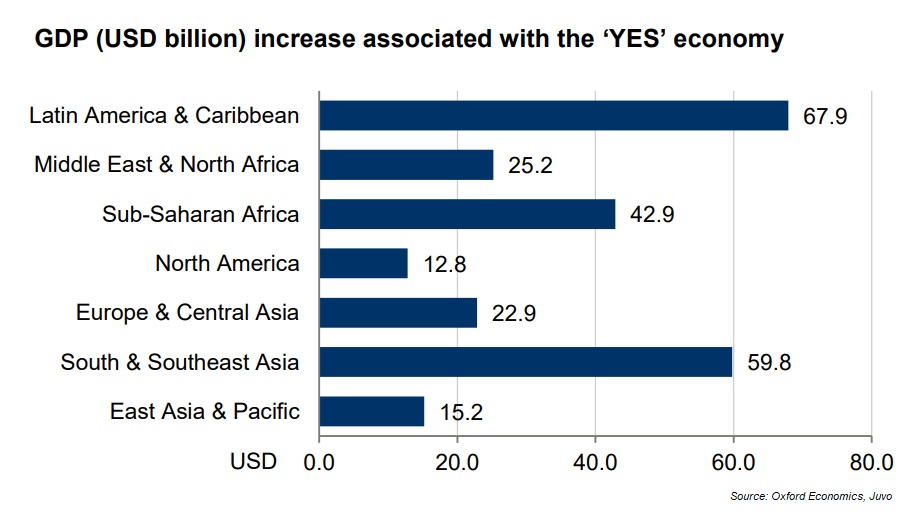 For the forecast, Oxford Economics devised a FiDaaS enabled scenario to reflect a world in which mobile telecom operators have created a unique financial identity and credit score for their unbanked customers, allowing the provision of financial services to those that lack a credit history. This is an outcome that the report calls the “YES economy”. The name comes from financial service providers being able to say “yes” and extend their services for the first time to the globally unbanked, thanks to their new financial identity.

Mobile operators extend low-cost, low risk offers to their customers, such as airtime loans. Based on payback behaviour, consumers gradually build up to larger transactions: and then access other financial services, via partnerships between operators, financial service providers and merchants.

The analysis found that resolving the financial identity problem worldwide would deliver the following estimated results:

“Establishing financial identities through mobile network operators could have profound implications for governments, financial institutions, and for the millions of unbanked (and underbanked) individuals around the world,” says Steve Polsky, CEO & founder of Juvo. “For governments, it represents a massive boost to economic development and progress. For financial institutions and the mobile telecom operators they partner with, it represents a multi-billion-dollar revenue opportunity. And for the unbanked, it opens up fair and equal access to useful financial services that wouldn’t otherwise be available to them.”

Anubhav Mohanty, Lead Econometrician at Oxford Economics adds, “These numbers only capture a conservative estimate of this market’s true potential, since many more people are underbanked. The sheer scale, depth and value of this opportunity is far greater than we’ve been able to quantify here.”

Lack of financial identity for the globally unbanked

According to World Bank data, 3.9 billion people around the world (68% of adults worldwide) are locked out of the formal economy due to a lack of credit history. These adults are unable to provide the necessary information that would make up their “financial identity”, such as a formally recognised credit history.

By providing unbanked people with the means to have their own financial identity using the FiDaaS model, mobile operators can help unlock overlooked sources of cash to expand the global economy’s capital base.

“There’s a huge crossover between the unbanked and the world’s mobile phone users. With a financial profile in place, unbanked mobile users can tap into consumer financial services that wouldn’t have otherwise been available to them,” explained Steve Polsky, CEO of Juvo. “Once people are more active financially, they can incrementally improve their credit profiles, and access new services as well.”