Driven by the hardening of regulatory frameworks and an increase in prevention techniques, significant improvements in plastic card fraud have been recorded in multiple markets across Europe.

For example, the Netherlands is a model of continued positive performance in plastic fraud reduction. However, we might still see the manifestation of new fraud types in this market in the coming years, according to a new FICO report.

As in previous years, card not present (CNP) fraud continues to drive losses in the vast majority of regions. However, the added dimension this year is that these losses are driven almost exclusively by data compromise and breaches.

Alongside card fraud, the most significant growing threat across Europe continues to be digital fraud and specifically, social engineering. In addition, money laundering via mule accounts remains a challenge for banks to overcome. 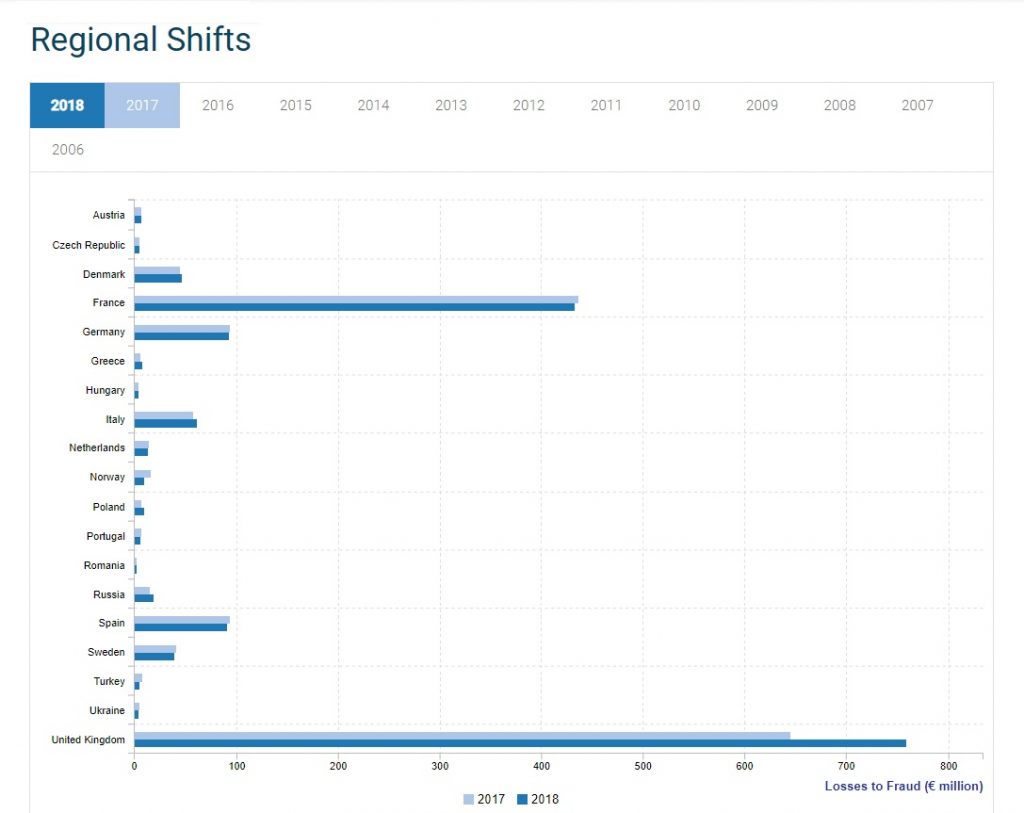 The growth of real-time payments across Europe facilitated by schemes such as SEPA CT Inst mean that criminals can take advantage of instant payments and move illicit funds quickly through accounts and out of reach of law enforcement. As the use of such schemes becomes ubiquitous across Europe, banks must take the appropriate measures to prevent further increases in this type of fraud.

The total fraud losses increased for the first time since 2015; however, this isn’t the full story. Despite the increase, the underlying reporting indicates that banks across Europe have stopped more fraud than ever before. So, what has driven the increase?

The primary driver for this increase is the ever-increasing threat and speed to cash-out caused by data compromises. 2018 saw an unprecedented increase in the impact and focus on data breaches – a trend that is continuing in 2019, with hundreds of millions in proposed fines already being levied.

Whilst banks are stopping more fraud than ever, the sheer volume of attempted fraud has grown exponentially. The new challenge facing the European markets is to identify compromise much quickly, and respond more effectively.

Compromise can only be identified faster and more accurately through data collaboration — such as with banks working together and sharing intelligence in order to identify and react before individual losses escalate.

Reported reductions across Europe have left the UK as the clear outlier in this report, despite only having increased by 0.2 basis points since 2017.

This is an unfortunate position, and a bit misleading, as the UK has seen one of its best ever years in identifying and preventing fraud, with more value prevented than ever before. The UK saw a marked increase in the regularity and ferocity of data compromise events cashing out quickly to drive attack rates to a rate which has never been seen before.

Reporting across the EU is still being standardised through PSD2. We expect the picture to continue to evolve, but what is certain is that whilst the majority of focus is on plastics fraud and in particular, CNP, the main threat comes from digital fraud and scams, which continue to increase exponentially across all markets.

Fraud basis points is a standard measure of card fraud severity, and can show how a bank or a country compares to others. 1 basis point is equivalent to 1 cent per €100. It works the same in any currency and provides an indicator of the fraud-to-sales ratio.