The global payment industry has undergone massive change during the past decade, with more and more people utilising the benefits of FinTech. The global shift towards a cashless society has produced a massive space for mobile wallets as a new, safer, and more convenient way of making payments.

With the COVID-19 outbreak, electronic payments became even more appealing as people started questioning the safety of using banknotes for fear of transmitting the virus.

According to data gathered by Finanso.se, the European mobile wallet market is set to reach $48.1 billion transaction value this year, growing by 37.3% year-on-year. The strong upward trend is expected to continue in the following years, with the market reaching $111.4 billion value by 2023. 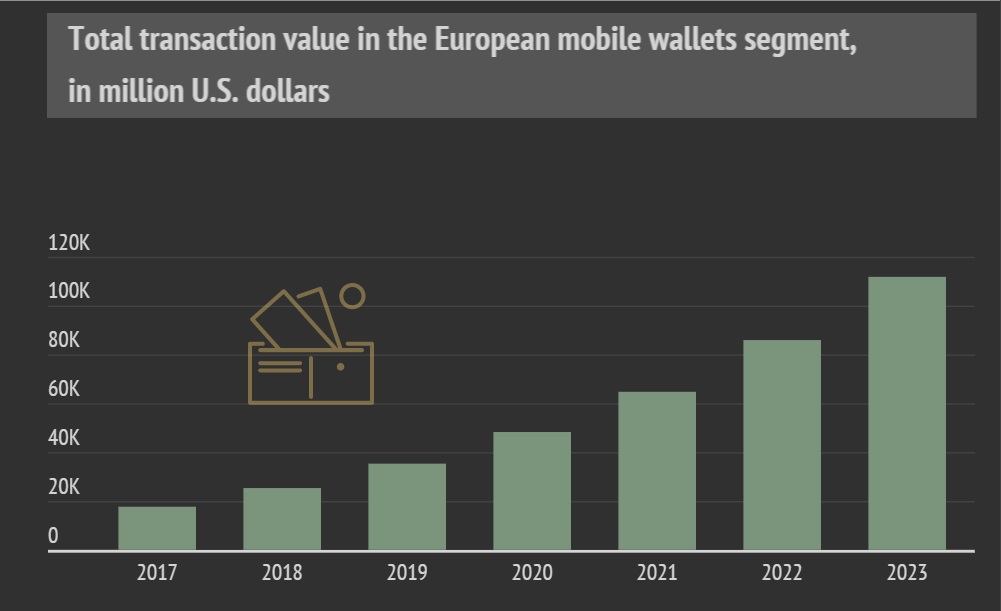 Mobile wallets have eliminated the need for carrying money while reducing the chances of theft or losing currency. These conveniences have been driving the impressive growth of the European market, in both business and consumer segment.

In 2017, the European mobile wallets market was worth $17.4 billion. Over the next 12 months, the transaction value increased by nearly 45% and reached $25 billion. This strong rising trend continued in 2019, with the value jumping to over $35 billion. Statistics show transaction value in the European mobile wallets market increased by 175% in the last three years.

Recent years have also witnessed a surge in the number of mobile wallet users across Europe. In 2017, nearly 34.5 million Europeans had been using this contactless payment method. This number grew by more than 50% in the last three years, reaching 51.7 million in 2020. Statistics show the upward trend is set to continue in the following years, with the number of users jumping over 63 million by 2023.

Analysed by geography, the United Kingdom represents the leading European mobile wallet market expected to reach $14.9 billion transaction value in 2020. With over $4 billion worth of mobile wallet transactions this year, Russia ranked as the second-largest market in Europe. Spain, Sweden, and France follow with $2.6 billion, $2.5 billion and $2.3 billion worth transactions, respectively. 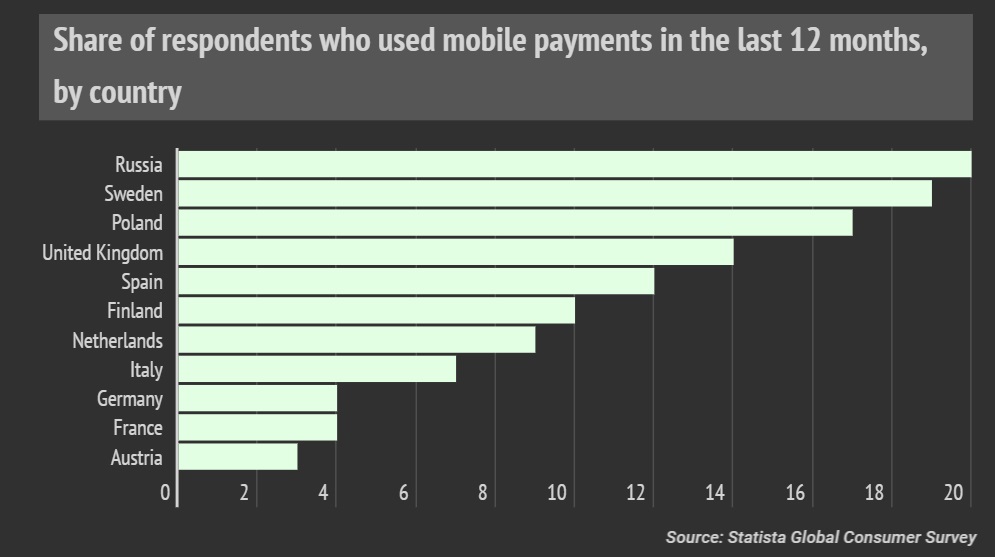