The European Parliament has set the 6 October as the date to vote on plans for a revised Payment Services Directive (PSD2) during its plenary session. 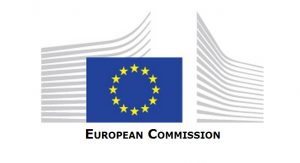 since 2007. The new Directive would need to be implemented into national laws across the EU within two years of it coming into force. The main features of the new legislation include new rules on access to payment accounts, the allocation of liability, transparency requirements and customer authentication measures – according to Out-Law.com.

The new rules are designed to open up access to payment account information to third parties, to reflect the growing number of account aggregators – businesses that enable customers to access different online banking accounts including credit cards, current and savings accounts using a single online portal, and other financial technology companies moving into the payments sphere.

The PSD2 reforms will not come into force unless both the Parliament and the EU’s Council of Ministers vote in support of the new rules. The two bodies have already reached an “informal deal” on PSD2, which includes provisional agreement on the text, but some concern has been expressed by Luxembourg, the Netherlands and the European Commission on that wording.

A spokesman for the Council of Ministers told Out-Law.com that it is likely to be mid-November before the Council votes on PSD2.