The U.S. Secret Service has issued a warning that criminal gangs that deploy stolen credit and debit cards are increasingly hedging their chances of getting caught carrying multiple counterfeit cards by relying on Fuze Cards, a FinTech that allows users to store dozens of cards on a single device. 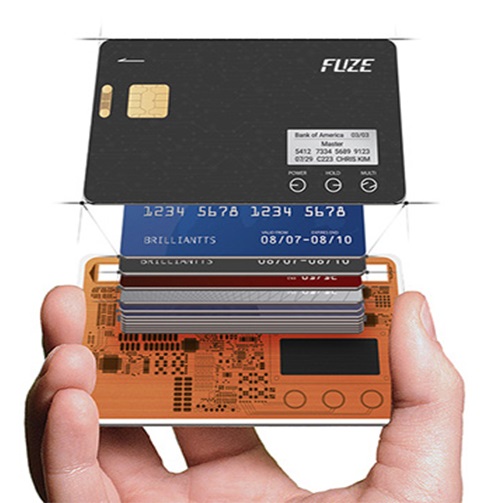 A Fuze card can store up to 30 credit/debit cards. Launched in May 2017, the Fuze Card is a data storage device that looks like a regular credit card but can hold account data for up to 30 credit cards – according to Krebs Online.

The Fuze Card displays no credit card number on either side, instead relying on a small display screen on the front that cardholders can use to change which stored card is to be used to complete a transaction.

After the user chooses the card data to be used, the card data is made available in the dynamic magnetic stripe on the back of the card or via the embedded smart chip. Fuze cards also can be used at ATMs to withdraw funds.

The memo, a copy of which was obtained by KrebsOnSecurity, states that card theft rings are using Fuze Cards to avoid raising suspicions that may arise when shuffling through multiple counterfeit cards at the register.

“The transaction may also appear as a declined transaction but the fraudster, with the push of a button, is changing the card numbers being used,” the memo notes.

Fraud rings often will purchase data on thousands of credit and debit cards stolen from hacked point-of-sale devices or obtained via physical card skimmers. The data can be encoded onto any card with a magnetic stripe, and then used to buy high-priced items at retail outlets — or to withdrawn funds from ATMs (if the fraudsters also have the cardholder’s PIN).

But getting caught holding dozens of counterfeit or stolen cards is tough to explain to authorities. Hence, the allure of the Fuze Card, which may appear to the casual observer to be just another credit card in one’s wallet.

No doubt, fraudsters engaged in money laundering via virtual currencies like bitcoin will be doubly interested in Fuze Cards in the coming months.

Fuze Card says that later this year it plans to launch FuzeX, which contains the same amenities of the Fuze Card and will allow users to conduct purchases using virtual currencies.