Contactless is the future

As reported earlier this year, Vodafone has become the first operator in the world to offer its customers the opportunity to make contactless PayPal payments using a smartphone. It is the latest update to the Vodafone Wallet and shows that smartphones have the potential to consign leather wallets to the dresser draw of history.

Indeed, I no longer have to take anything but my smartphone on business trips to the UK from Germany. All I 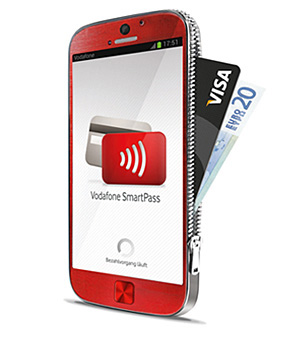 On top of that I can use my loyalty cards on the go. For instance, I simply scanned and stored my frequent flyer cards and hotel loyalty cards in my Vodafone Wallet, where I can now access them at all time, anywhere in the world.

While the UK and Spain are basically the capitals of contactless payments in Europe at the moment, other countries are following the same trend. Soon it will become the norm to just leave your wallet at home and conveniently pay for anything simply by tapping your smartphone on a contactless terminal.

Retailers across Europe are investing more and more in contactless payment terminals as customers are eager to free themselves of the hassle of taking anything but their smartphone when they leave the house.

At the current rate, I estimate that by 2020 (at latest) Europe will have enough contactless terminals available to make it possible to leave your leather wallet at home altogether.

All that our customers need in order to make contactless payments is a Vodafone NFC SIM card, which is compatible with more than 80 Android smartphones.

The SIM card is a highly secure element within the device and can be quickly blocked and wiped remotely, as long as you alert Vodafone as soon as you know your smartphone is lost or stolen.

Vodafone pioneered mobile wallet services and contactless payments across Europe. Today Vodafone Wallet is being used by our customers in Spain, Germany, the UK, Italy, the Netherlands and Hungary. Increasingly customers all over Europe will be able to benefit from contactless payments as the number of compatible terminals grows steadily.

You can store Visa and MasterCard debit and credit cards in the Vodafone Wallet and thereby free yourself from carrying around multiple plastic cards. Now of course you will also be able to use PayPal as a funding source.

Our customers in Spain are the first ones to enjoy making contactless payments with PayPal in their Vodafone Wallet. They can do so at more than 710,000 stores including restaurants, shops, and vending machines. Soon other European markets will follow suit.

Beyond paying for goods, Wallet has even more to offer to its users, who get access to transport services through simple Tap & Pay. In Spain you can use Tap and Pay to take the bus in 18 cities. In London you can pay for public transport. We are also running a national trial of payments using a smartphone for public transport in the Netherlands.

The post Contactless is the future appeared first on Payments Cards & Mobile.