Brits have gone contactless crazy according to data from Worldpay, which revealed that it has processed over £2 billion of contactless payments since January 2012. This surge is even more incredible as it was only in October 2014 that the company reached the £1 billion milestone. 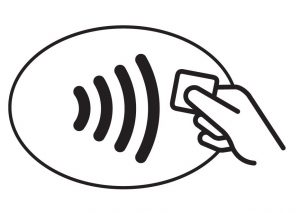 While many businesses have recognised the potential of tap and go, many are still clamouring to get on board with Worldpay helping over 380 UK retailers to take contactless payments in the last three years. Worldpay is also upgrading 75,000 terminals at existing customers to help them get ready for the increase to £30 in the spending limit for contactless cards, a move that comes into force in September.

The rapid rise of contactless is supported by the growth in card payments in the UK. Data issued last week by the Payments Council showed that July 2014 was the first time that non-cash payments exceeded those made with cash (by value).

Dave Hobday, UK Managing Director of Worldpay, said: “Consumers demand convenience and contactless offers this beyond any other payment method. It makes paying for your morning coffee or a well-deserved glass of wine after work faster than ever before, while helping businesses cut queues at peak times.

“Once seen as a ‘nice to have’, contactless is now an essential payment method for increasing numbers of businesses in the retail, hospitality and entertainment sectors. The slow movers have seen all the benefits it brings their competitors and now fear missing out on vital sales to their savvier, technologically advanced rivals.”