As has been widely reported, contactless cards and payments are now the method of choice for the vast majority of consumers in developed markets. However, new research from Swedish biometrics firm Fingerprints has cast doubt over consumer appetite for any future switch to mobile wallets – and highlighted some persistent concerns around the security of contactless payments.

Consumers now say they use cash in just 22 percent of transactions, with the bank card now the dominant way to make in-store payments, with 73 percent of consumers across five major markets using contactless. At present, just two percent of shoppers say they use mobile wallets. 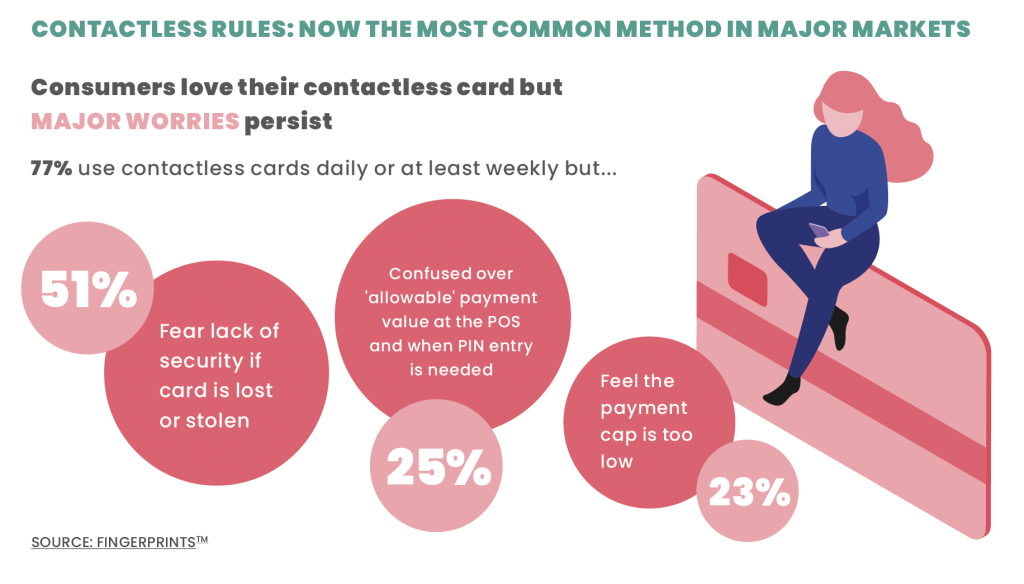 On average, one in two are using their contactless card as the main method when paying in stores. France (60 percent) and the UK (57 percent) boast the highest contactless penetration, but contactless has also gained adoption in the famously cash-heavy Germany (38 percent). The contactless card is also used more frequently than wallets or cash, with more than three quarters (77 percent) of shoppers using contactless cards weekly.

Echoing research undertaken by the Strawhecker Group for Visa USA in late 2020, Fingerprints say that the majority of European consumers (63 percent) believe they’ll increase their contactless use in future. Fingerprints say mobile payments will likely grow too, but note a clear demographic polarization, with one in four thinking they will use it more than today, but almost a third still saying they won’t be using mobile wallets at all in the future. 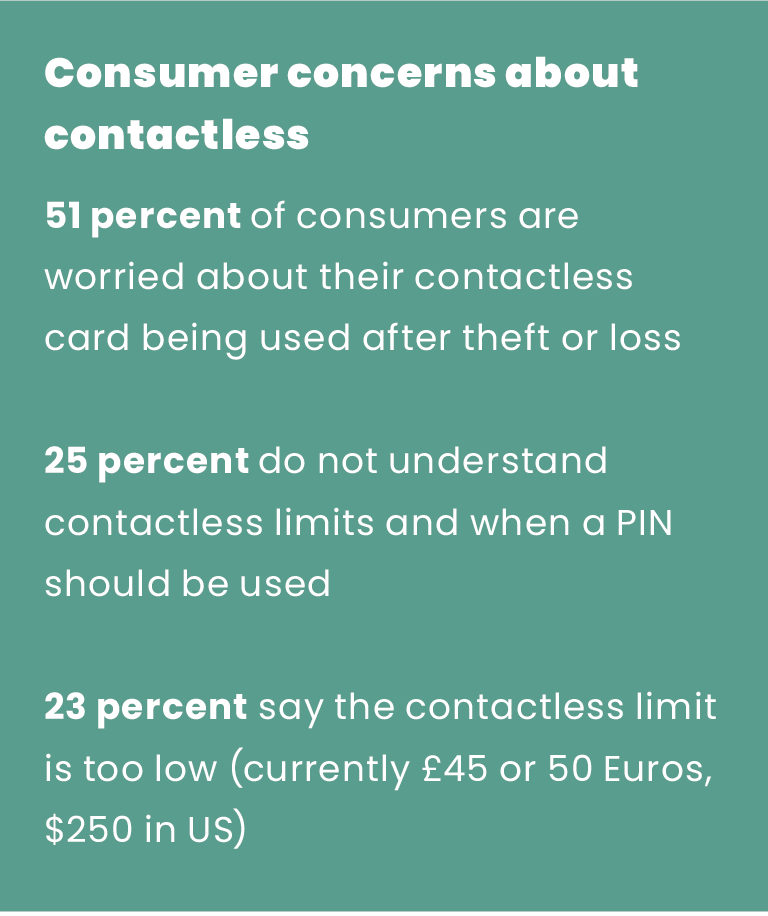 Fingerprints also claim, plausibly, that consumers are concerned about use of their contactless card for repeat lower-value transactions in the event the card is lost or stolen. The company says that 51 percent of consumers would be willing to pay up to $9.50 per year extra for biometric cards which confirm fingerprint information on-card, communicating with the terminal using the same Near-Field Communication (NFC) circuit used to power the contactless transaction itself, with the biometric data stored and confirmed on the card.

PCM SAYS: There’s no doubt that concerns evinced by Fingerprints’ research are genuine. After all, there’s nothing stopping a criminal from repeatedly using a contactless card until the card is cancelled.

Concerns about when to use a PIN are also valid, and no doubt the company’s argument will be that the use of biometric confirmation factors avoids the need for limits and PIN numbers.

However, there’s a counter-argument: the use of biometric factors can equally be applied via a mobile device, and the technology exists (from firms like Maxa and others) to combine contactless transactions with a biometric factor on the consumer’s mobile. The security of contactless transactions is a developing area – and one in which we’ll no doubt see many competing solutions appear in the next 18-24 months.