Connected commerce and wearables for payments

The worldwide wearable device market (commonly referred to as wearables) will see continued growth as second and third generation iterations reach the market. These new devices will build upon the hardware and software of their predecessors and resolve some of the shortcomings and concerns identified by customers today.

In the Digital Payments Report, survey respondents thought wearable devices would make an impact on the 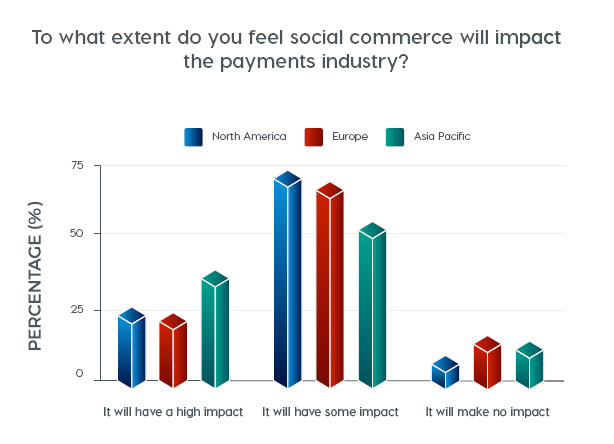 payments market. 53% of respondents thought it would happen between 2016 and 2018 in North America, whereas in Europe and Asia the figures were 34% and 56%, respectively.

The survey findings are very much in line with International Data Corporation (IDC) Worldwide Quarterly Wearable Device Tracker, where the worldwide wearable device market is forecast to reach a total of 111.1 million units shipped in 2016, a significant increase of 38% from the 80 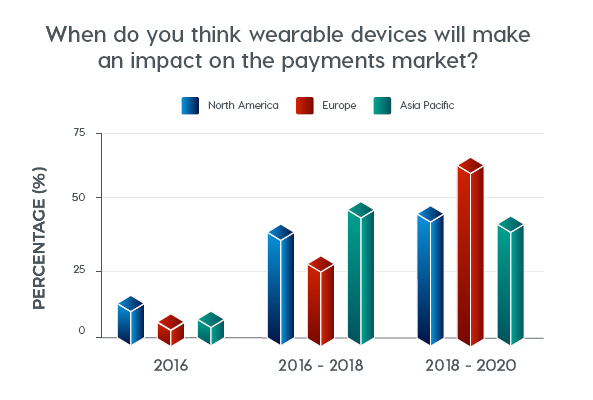 million units expected to ship in 2015. By 2019, the final year of the forecast, total shipments will reach 214.6 million units.

Social media brands are now looking at ways to monetise their user base and data by opening up social marketplaces for buyers and sellers on their platforms. According to Statista, on average 28% of time online is spent on social media. A recent poll commissioned by Stop Procrastinating, a productivity website, found that around 15% of Facebook users surveyed admitted to accessing the site while in the shower or driving, and around 30% of users accessed the site while in the bath or at the cinema. And 45% said they had made an excuse to leave a real-world social occasion to use the site.

In Asia, 81% of the respondents categorically believe social commerce and wearable devices will become mainstream.

With regard to social commerce, in the last decade social media has spread from university campuses to a global user base of billions. The number of Facebook users has climbed to around 1.55 billion since it was founded in 2004. Twitter and Instagram users number more than 316 million and 300 million respectively, according to data from Statista.