China’s central bank and regulator has mandated online and mobile payment groups to operate through a centralised clearing house, a move likely to undercut the dominance of Ant Financial and Tencent by forcing them to share valuable transaction data with competitors. 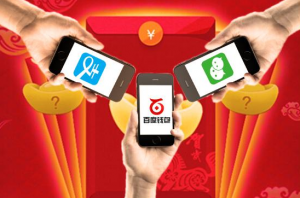 China is the world leader in mobile payments, with transaction volumes rising nearly five-fold last year to Rmb59tn ($8.8tn), according to iResearch. They are now widely used for everything from high-street shopping to peer-to-peer lending – according to an article in the FT.

In addition to generating fees directly, online and mobile payments are a source of valuable data that can be used for such purposes as targeted advertising and credit scoring.  Now the People’s Bank of China is requiring all third-party payment companies to channel payments through a new clearing house by next June, according to a document sent to payment companies on August 4 and seen by the Financial Times.

“The launch of this clearing house is a one-sided loss for the payment institutions. Originally, payment data were proprietary information for them. Now it’s connected to the clearing house, which will probably share it with other partners,” said Zhang Yu, FinTech analyst at iResearch, a consultancy.

Ant Financial, the financial services affiliate of Alibaba Group, is the market leader in mobile payments, with its Alipay unit processing 54% share of all transactions in the first quarter of the year, according to iResearch.

Hundreds of millions of Chinese consumers and businesses have linked their Alipay or WeChat Pay accounts to their commercial bank accounts, enabling third-party payments to be credited and debited seamlessly.

But, unlike swiping a bank card, when an Alipay or WeChat user makes a purchase, banks do not obtain crucial payment details such as the merchant’s name and location. Instead, the bank record shows Alipay or WeChat as the recipient.

Currently, payment groups maintain separate bilateral relationships with commercial banks to facilitate payments to or from users’ bank accounts. But the latest PBoC instructions require all payment companies to connect to the clearing house by October 15 and to channel all payments through it by June 30, according to the document.