That the use of cash in the UK is falling is not news, with predictions that fewer than one in 10 transactions will be completed with notes and coins in 10 years’ time.

However, a review of payments, published by UK Finance notes cash is here to stay, but will play a less important role in the future. 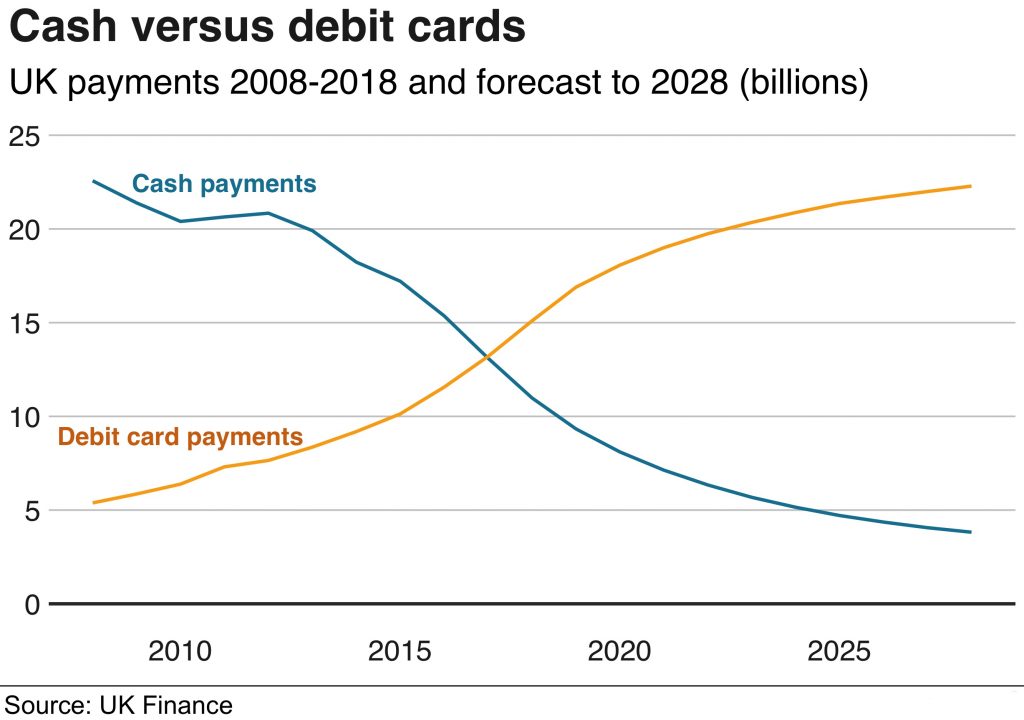 Ten years ago, cash was used in six out of 10 payments, but it has been overtaken in popularity by debit cards, driven by the use of contactless technology.

The most recent figures show cash payments are still common, but declining – down 16% from 2017 to 2018, while debit card use is rising. 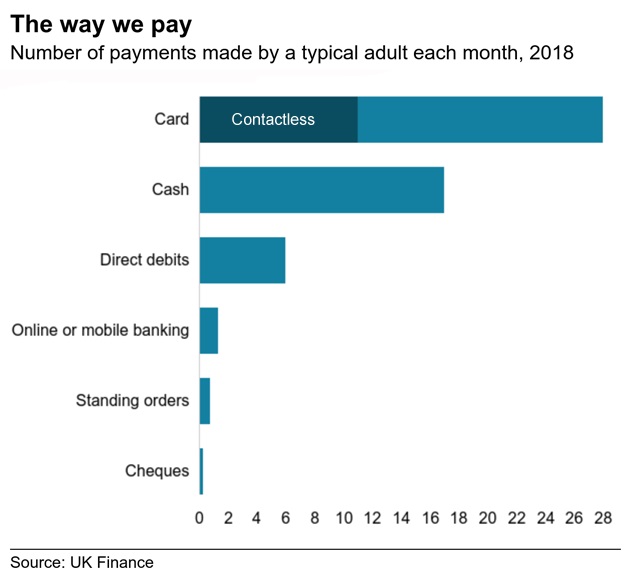 UK Finance said 10% of consumers – equating to 5.4 million people across the country – made one or no cash payments per month in 2018.

This is a jump of 2 million people compared with 2017, when 3.4 million rarely used cash.

Meanwhile, 4% of consumers mainly used cash for their spending in 2018, although most paid bills using other methods. This equates to 1.9 million people who mainly spend using cash.

At the end of 2017, there were 5.3 billion contactless cards in circulation worldwide – this represents 35% of all cards, a share that will increase to 57% by 2023, as banks will continue to convert existing cards to contactless while also providing this functionality as standard with newly-issued cards.

Cardholders are encouraged to use these cards, rather than cash, by advertising campaigns which highlight the speed and convenience of contactless, especially in merchant outlets which sell low value products such as drinks and snacks. The number of contactless card payments worldwide increased by 88% in 2017.

UK Finance said it is working with the recently-established Joint Authorities Cash Strategy Group (Jacs) to help ensure cash continues to be available to those who need it.