Annual figures from the Bank of England show the British public retains a stubborn attachment to paper money, despite rapid innovations in higher-tech methods of payment such as contactless cards or mobile wallets.

The total value of banknotes in circulation jumped 6% last year, led notably by 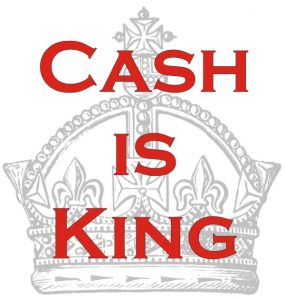 demand for £20 notes, which comprise about two-thirds of the notes in circulation – according to an article first published in the FT.

For Victoria Cleland, chief cashier at the BoE, the situation is straightforward: “People have been predicting the end of cash pretty much since I was born … every 10 years or so they forecast it and they are wrong.”

Some of the rise is undoubtedly owing to the economic recovery, with consumers having literally as well as figuratively more money in their pockets. But the pace of increase is still comfortably in excess of nominal economic growth (the rate of overall expansion without considering the impact of inflation).

So how does this square with the widely reported statistics that cashless payments in Britain overtook the use of notes and coins for the first time this year? First, Ms Cleland points out, if spending is growing, so is the size of the pie available for different spending forms.

The industry body reported last month that 48 per cent of payments by volume were made with cash in 2014, with the next most popular payment method  the debit card  lagging well behind at 24 per cent.

It is only when you combine all of the other non-cash payment measures together that you get the statistic that cash has been overtaken.

“People do like using cash. It is always there as a contingency: think of the number of times you turn up to buy something on a train and the credit card terminals are down,” Ms Cleland adds.

The Payment Council still expects cash to account for more than a third of all consumer payments in 2024.

“Cash remains a vital part of our dayto-day lives and has a bright future, as we continue to value notes and coins so highly for their familiarity and widespread acceptance,” the council said. But not everyone is convinced. Stephen Ley, head of payments at Deloitte, said that while cash was still a “very important” payment type, its use was in inexorable decline.

Alongside increasing numbers of people shopping online, using contactless payment, in-app purchases or mobile wallets, Mr Ley also pointed to the trend for events and music festivals to use wearable tags  either linked to bank accounts or preloaded with money.

“They would all typically have been cash venues in the past  so again we are seeing another way in which cash is disappearing,” he said.

He added that the forthcoming cap on the amount card issuers can charge retailers  so called interchange fees  should in time reduce the cost and boost take-up from smaller retailers. While consumers typically spend more using cashless payments, there is a more immediate advantage for retailers and consumers: “The speed and convenience means you don’t get the queues.”