Card fraud rates are on the rise in many parts of the world despite the widespread adoption of fraud analytics solutions by financial institutions and retailers, along with EMV in most countries, according to a new global from ACI Worldwide and Aite Group. 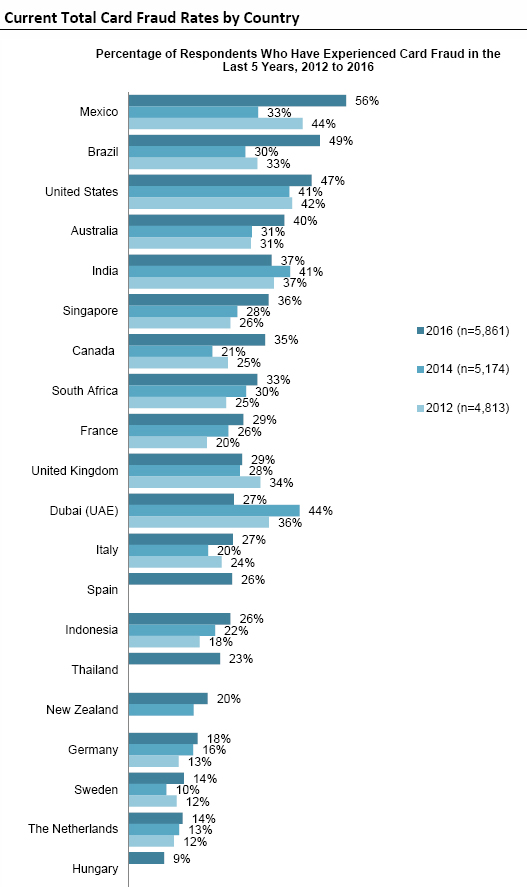 6,000 consumers across 20 countries. It reveals nearly thirty percent of global consumers have experienced card fraud in the past five years, classified as unauthorised activity on three types of payment cards (debit, credit and prepaid). 17% of respondents experienced more than one incident of fraud, compared to 13% in 2014.

The report warns that fraudsters worldwide are getting more sophisticated. It states that “the underground economy for user information has matured so much as to be indistinguishable from a legitimate economy.”

Widespread risky behaviours, such as leaving a smartphone unlocked when not in use, are another reason for rising fraud rates. According to the report, the overall risk for fraud is rising due to the global increase in smartphone and tablet usage. So-called application fraud is equally on the rise due to consumers publishing increasing amounts of private data on social media platforms.

“Our latest report shows that card fraud remains an issue of deep concern for consumers worldwide. As fraudsters are getting more organized it is fair to say that at this point in time, the assumption should be made that almost all users’ credentials and card information has been compromised,” says Andreas Suma, global lead fraud and data, ACI Worldwide.

“It is also no surprise that there is a direct correlation between fraud rates and consumer trust and loyalty. As our data illustrates, for financial institutions it is more critical than ever to implement effective fraud prevention solutions.” 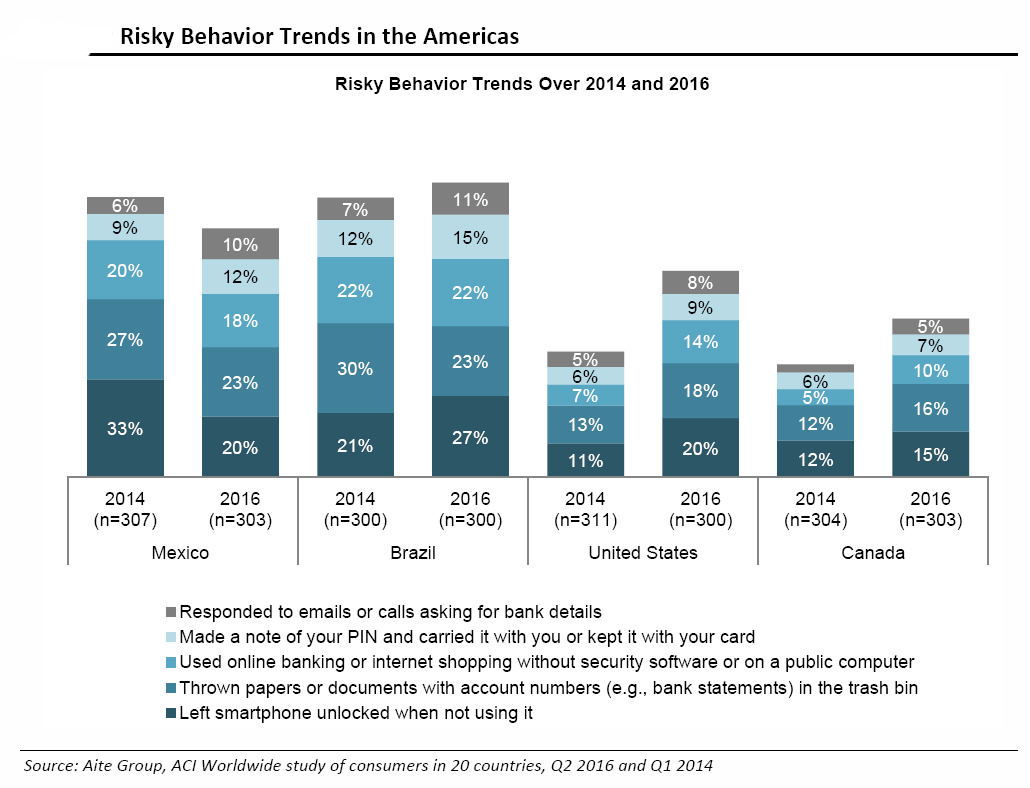 Countries with the highest percentage of card fraud

The reports also reveals that risky consumer behaviour is still widespread despite years of education by financial institutions and card issuers. It is surprisingly high in Europe although fraud rates in these countries are often among the lowest worldwide.

“The data demonstrates that while consumer trust is improving, financial institutions must be proactive in their efforts to prevent card fraud in order to retain customers,” said Ben Knieff, senior research analyst, Aite Group. “Consumer education and customer service remain a challenge for financial institutions, as risky behavior has a direct correlation to experiencing fraud.”

Consumer trust is improving, but loyalty is still lacking