As Open Banking in Europe continues to gather momentum, Canada’s banking industry has issued a warning to government about giving Canadians more control of their own banking data: proceed with caution. 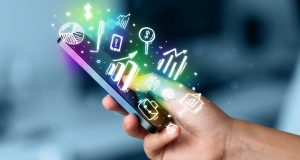 The federal finance department is weighing the merits of making it easier for consumers to share their banking data, as part of a regular review of legislation governing Canada’s banks. The so-called Open Banking model — which is being implemented in the UK and Europe – could open up the door to FinTech firms and tech giants such as Google and Facebook to offer financial services, although neither of these companies fared well in a recent survey on trusted companies to access financial data.

In its submission for the legislative review, the Canadian Bankers Association warned the government needs to assess carefully the security and financial stability risks associated with granting third-party access to the data.

“Banks in Canada have always been regarded as trusted custodians of their customers’ highly sensitive personal and confidential information,” the Toronto-based group said in its submission to the finance department. “Any initiative that could undermine this trust would be very problematic for Canadian consumers, financial market participants and the broader economy.”

In a consultation paper published in August, Canada’s finance department said open banking has the potential to increase competition and encourage innovation.

The Canadian Bankers Association, which represents more than 60 lenders in the country, also provided commentary on FinTech cooperation, cybersecurity, competitiveness of small and medium-sized banks, consumer protection and corporate governance in its submission. That includes a recommendation the government clarify the scope of technology-related activities banks can engage in, and removing barriers that block collaboration between banks and FinTech firms.

“Banking is evolving at record pace,” Neil Parmenter, the association’s chief executive officer, said in a statement. “It’s critical that the legislation governing the industry reflects this reality and facilitates the investments in technology that will keep Canada a leader in financial services innovation.”