Mint Payments has announced that its partnership with Bank of New Zealand (BNZ) has resulted in the successful deployment and enhancement of BNZ’s PayClip mPOS payments product. 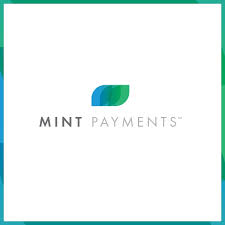 Mint has partnered with BNZ in New Zealand

PayClip enables business owners in New Zealand to accept the full spectrum of card payments, including Visa, MasterCard and EFTPOS through methods such as NFC contactless, chip and PIN and magnetic swipe.

According to BNZ, 125 million electronic card transactions were processed in New Zealand during January 2015, with a total of NZ$6.2 billion spent across all transactions. Smartphone penetration in New Zealand is forecast to rise to 90% by 2018.

Mint has also entered into an aggregation agreement with Paymark. Paymark is New Zealand’s leading electronic payments provider with more than 75,000 merchants and over 110,000 EFTPOS terminals connected to its network. It is estimated that approximately two-thirds of total spending in New Zealand is done electronically using EFTPOS and credit cards, with 75% of New Zealand’s electronic transactions processed by Paymark.