Here at Payments Cards & Mobile, it can be hard to keep track of all the good news stories flying around about the “Buy Now, Pay Later” (BNPL) segment.

However, this positive hype ignores the borrowing racked up by consumers across a variety of credit lines, as well as evidence that paying with BNPL is not necessarily any better than credit or debit.

Following recent comments from HM Treasury and other bodies, we’re calling for tight regulation on BNPL in the interests of consumers, fair competition and the reputation of our industry.

While card issuers might welcome this news as it suggests BNPL customers also use credit cards, there are unsettling implications for levels of consumer indebtedness and the extent to which credit scoring is adequately employed by the BNPL industry.

TransUnion found that BNPL and Point of Sale (POS) financing are most popular among younger consumers. 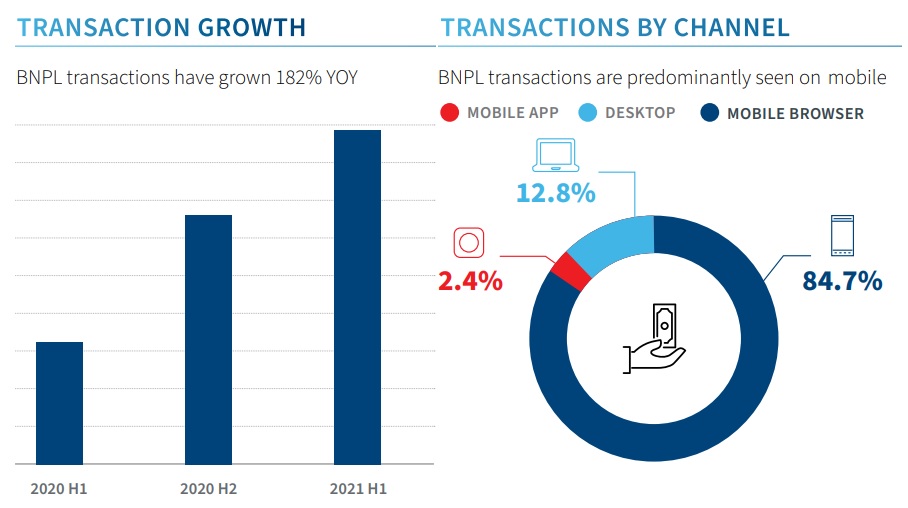 Gen Z and younger Millennials (ages 18-30) make up the largest segment of consumers who applied for POS financing during the study period, with almost a third taking up the option of so-called “instant credit.”

Bridge Millennials (ages 31-40) and younger Gen X (ages 41-50) were also more likely to favour BNPL, with the 18-50 bracket in total accounting for 78 percent of all POS financing applicants.

“Younger consumers are racking up unsustainable debts by using both BNPL and credit cards.”

Liz Pagel, senior vice president of consumer lending at TransUnion, explains this trend in her comment that “consumers are looking for new ways to finance purchases and the convenience and budgeting POS offerings provide are driving them to finance more, larger purchases.”

While credit providers may find reassurance in young consumers borrowing more, it’s not clear this is in any way better or more sustainable than any other means of credit.

More damagingly, since credit checks are not required by providers at lower levels of BNPL usage and not required in law whatsoever until the industry is formally regulated, it may be that consumers are racking up unsustainable levels of debt by using both BNPL and credit cards.

All in on credit

The CEO of BNPL giant Klarna caused waves last year when he accused the credit card industry of driving economic inequalities and indebtedness.

In an address to shareholders, Sebastian Siemiatkowski noted that “those who can afford to pay off their balances each month reap rewards through loyalty schemes while those who can’t simply get into more debt.

The lowest income households pay $21 in fees and interest while the highest income households reap $750 in rewards.” By contrast, Siemiatkowski claimed, BNPL represented “[a] more sustainable form of net credit … transparent, fair and suited to the way they [consumers] live their lives today.”

However, Klarna require their loans to be repaid, like any other lender – and offer little benefit to those who pay early.

While they claim to save people money on interest, such claims surely only apply to those who are late payers of credit cards. What’s more, Klarna start charging interest after 60 days, only four days more than the 56 days of free credit offered by most cards.

While some BNPL providers such as Laybuy claim to use stringent credit checks and refuse 25 percent of all applicants, it’s not hard to see how things might go wrong, with no credit checks required by law and – in theory at least – no checks on how much consumers borrow between their credit cards and BNPL platforms.

As ever, consumers themselves are demonstrating folk wisdom, with a consumer survey from Marqueta reporting fully 54 percent of UK consumers consider BNPL an easy way to get into debt.

The FCA has pledged to introduce new legislation for BNPL from 2022 onwards. In late October, the regulator published initial directions for regulation based on a review by its former interim CEO, Christopher Woolard.

These findings acknowledge that BNPL products, being interest-free, are less risky than interest-bearing credit products, and that making BNPL subject to all the rules that apply to mainstream regulated credit products would be disproportionate.

Expect draft regulation to include a definition of BNPL’s status as a credit product, as well as new rules about how BNPL products can be described in advertising, and how they can be brokered by merchants.

As Harry Eddis, FinTech partner at UK law firm Linklaters puts it: “The Treasury and FCA agree that consumers should be protected, but do not want to regulate BNPL out of existence, evidencing perhaps a continuing desire for regulatory flexibility on business models.

Several important pieces are still up in the air [and] a lot of important detail has been left for the FCA to decide, including how rules relating to creditworthiness assessments and pre-contractual information should apply to BNPL.”

From our side as industry commentators, we look forward to the creation of clear and consistent rules to regulate this sector, which increasingly looks, walks and quacks like a digital version of the old “hire purchase” schemes that burdened consumers, and ruined some, in the period before and after World War Two.