BLIK was launched in February 2015 thanks to an agreement between six competitor banks. The solution was entirely invented in Poland. It was based on the IKO application used at PKO Bank Polski, whose chairman – Zbigniew Jagiełło was the initiator of the agreement to develop a single mobile payment standard. During these past five years, BLIK was made available by other institutions – today it can be used by 95% of mobile banking customers.

In the nearest future, BLIK will primarily focus on making contactless payments available in Poland and in the world, and developing cooperation with foreign platforms providing payment solutions for global e-commerce players. Thanks to this, BLIK will expand its network far beyond Poland. The natural consequence of this will be efforts to cooperate with foreign banks so that they can offer BLIK as a payment method to their clients – users of banking applications around the world. 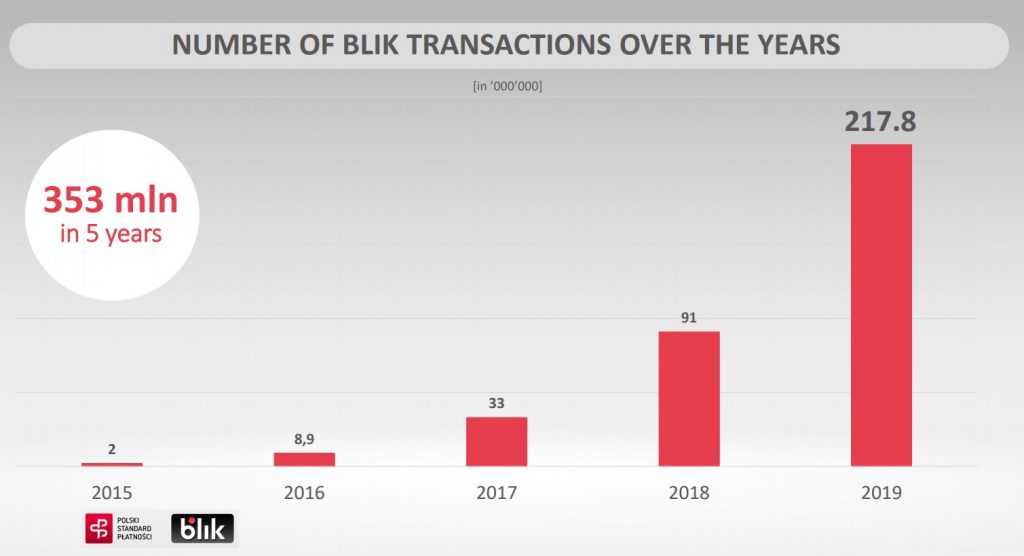 The number of transfers to a BLIK phone number increased by 182% (5.8 million in Q4). The system also recorded 6.8 million deposits and withdrawals from ATMs (+56% y/y). Traditionally – the highest number of transactions in the last quarter of last year was made by users on the Internet – it was close to 53 million, or 109% more than in the corresponding period of 2018.

In the last quarter of 2019, users completed an average of 766,000 transactions per day – i.e. eight per second. A single day record is 1.3 million transactions. The average BLIK transaction amount during this time is PLN 136. 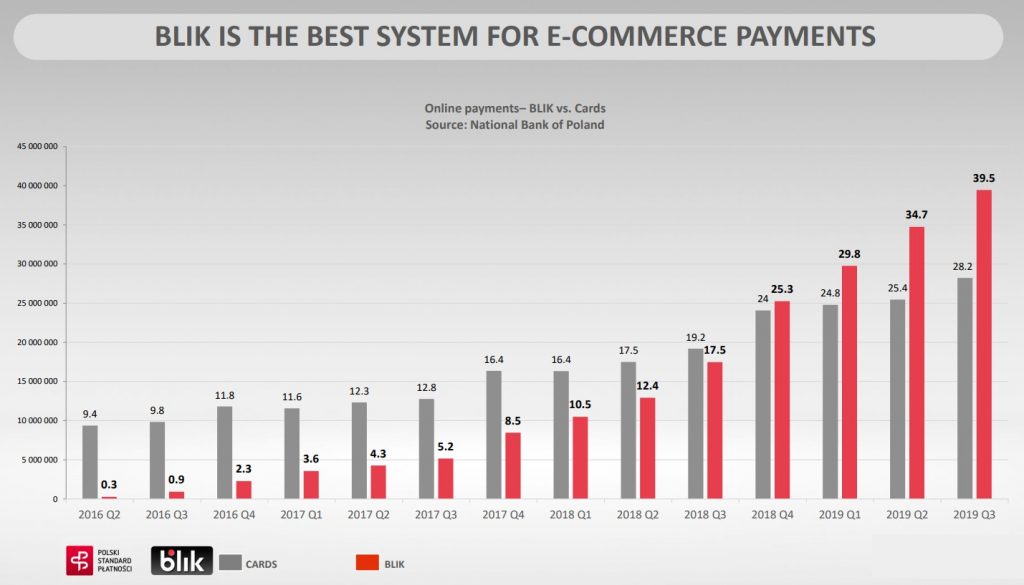 Recently, the Polish Payment Standard has been intensively working on making BLIK payments available in global e-commerce. After establishing cooperation with the PPRO and ADYEN payment platforms, Polish users will soon also be able to pay with it  in online stores operated by one of these leaders in international payments.

BLIK is a nationwide, universal standard for mobile payments. Currently, over 90 percent of all customers of domestic financial institutions have the option of using BLIK in mobile banking applications. The Polish Payment Standard is responsible for developing the system and continues to expand BLIK’s capabilities so that the system is as functional as possible for its users.