Barclaycard and Barclays customers can now use Apple Pay to pay at the hundreds of thousands of locations across the UK that accept contactless payments. 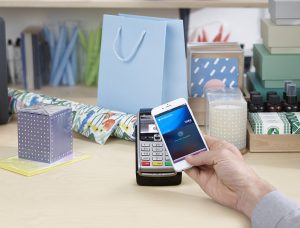 ability to conveniently make payments using iPhone, Apple Watch and iPad at over 400,000 contactless locations in the UK, across the London transport network as well as when shopping within participating retailers’ apps.  Apple Pay is easy to set up and users can now add their Barclays debit card and Barclaycard credit card to Wallet and continue to receive all of the usual rewards and benefits.

Contactless payments have seen huge growth since then as consumers have recognised the ease, speed and convenience they offer. Spending rose more than three-fold in 2015, with 140 million contactless transactions made in December alone – the equivalent of 52 every second.