Barclays has confirmed it will rollout Apple Pay in 2016. Signalling the first time the bank has given a firm date for the launch for the mobile payments service.

In an email, Mike Jobson, a customer asking about its plans, complained to Ashok 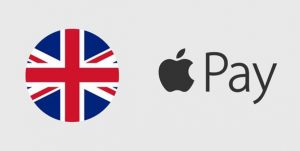 Vaswani, the CEO of personal and corporate banking at Barclays, about why the bank does not support Apple Pay for NFC-based payments at the point-of-sale, unlike leading rivals.

“I am writing to you to complain about the complete lack of attention and care you have paid to your customers over the Apple Pay situation you seem to be ignoring.”

“You only have to look at comments on your social media output to see that most customers want Apple Pay and are prepared to switch banks for it. Why don’t you just get on the Apple Pay train before you get left behind?” he queried.

Ashok Vaswani said: “We have signed up for Apple Pay and will launch it very early in the New Year. “We truly value your custom and hope that you continue to bank with us, particularly since we are launching this shortly.”

Rumours suggested that Barclays might launch Apple Pay for its customers by the end of the year. There was also no sign of Barclays on the platform during a second wave of tie–ups in September. Barclays remains the only major UK bank not to support Apple Pay.