According to the PSD2 and XS2A – regulation or opportunity report, Europe’s banks are engaged in a do-or-die effort to prepare for the 2016 introduction of new payments regulations that are expected to usher in a wave of fresh competition and innovation across the sector.

The revised Payment Services Directive (PSD2) is being introduced by the European Commission to further open the markets to non-bank competitors and foster innovation in mobile and internet payments,according to research conducted by Finextra. 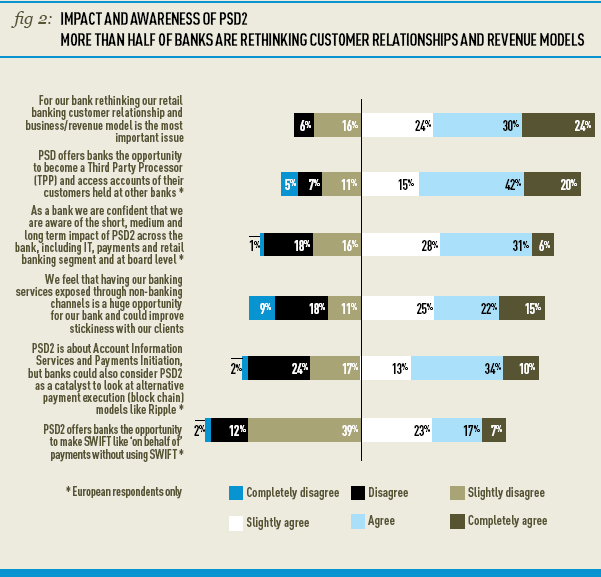 The next step in European payments regulation

The poll of over 100 banks, conducted on behalf of FIS, found that 54% of all respondents agreed or completely agreed that they are in the process of rethinking their retail banking customer relationship and revenue/business model, with an aggregate positive score for this of 78%.

However, only 37% of European banks felt that understanding of the full implications of the new rules was high across all of their IT, payments and retail banking units and at board level.

This is a particular concern around the provisions for mandatory access to bank accounts via APIs, or ‘XS2A’ in PSD2 terminology. 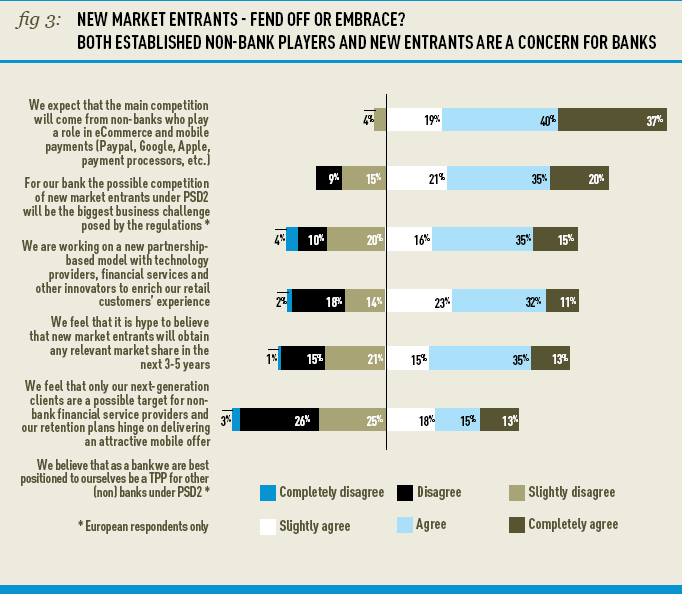 As David Birch, director of innovation at Consult Hyperion observes in the report: “It is vital for strategic planners to understand that even though it appears to be some obscure European Commission directive about application programming interfaces, it’s not about technology. It’s about the future of banking and it’s really important for banks to take advantage of it.”

Few of the survey participants expect to be able to offer API access from day one to external parties and innovators. Exact deadlines and therefore the timing of “day one” are unknown at this stage, but only 14% agreed or strongly agreed that they would be open and ready for access. A further 32% slightly agreed, while 54% indicated negatively.

While security is a primary concern for 88% of respondents, the impact of legacy infrastructure is likely to be more pressing, with only five percent of poll participants expressing confidence that their core banking systems will not be a barrier to becoming an ‘Open API bank’.

“My observation is that it is important for banks to see the API framework, their API strategy and their APIs as business issues,” says Birch. “It may be hard for traditional banks providers to come to terms with the idea of opening up in this way but it seems to me to be an inevitable restructuring in organisations that are going to survive in the new environment.”