In September, prior to the contactless limit increase, the average spend per contactless payment was £11.86, which increased to £15.30 in December.

The increased limit came into effect on 15 October, but it took a period of time for retailers and payment providers to update their systems and offer the new £100 limit, which means the increase in the average payment took time to show up.

The table below shows how the average transaction amount increased: 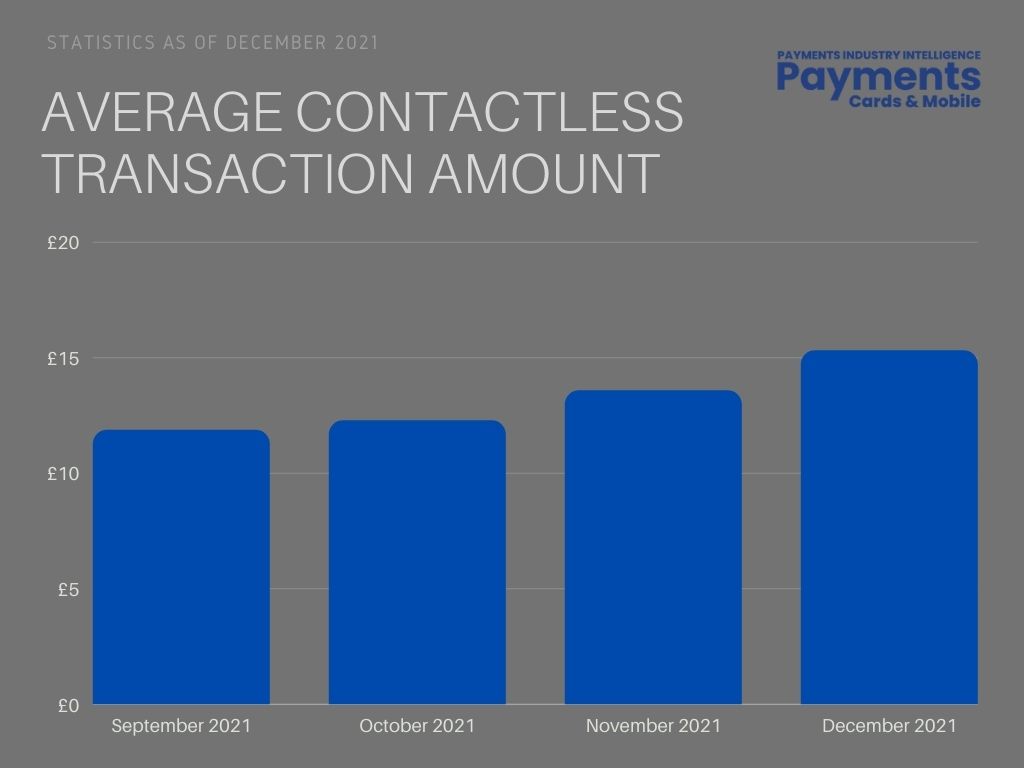 For 2021 as a whole, the card spending data shows a total of 13.1 billion contactless payments were made in the year – equivalent to 415 transactions every second. This is up 36% compared with 2020 and 52% higher than pre-pandemic levels in 2019. 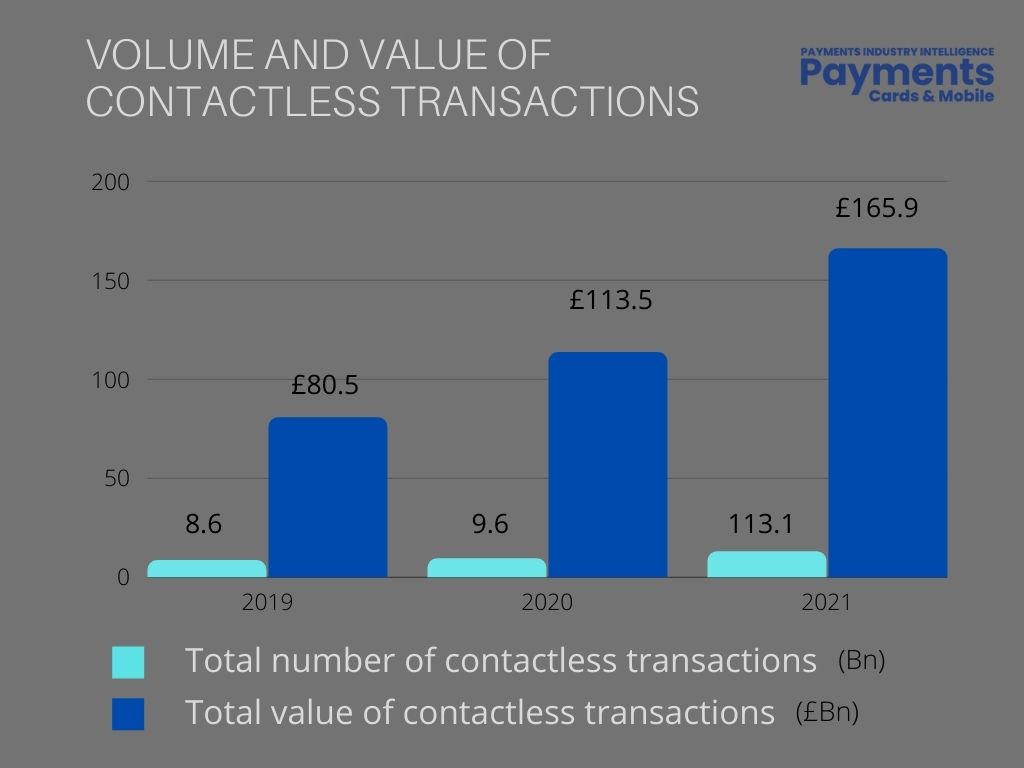 Contactless payments accounted for 56% of all credit card and 69% of all debit card transactions.

“These figures show the continued popularity of contactless payments, as well as the fact people are making higher value payments,” says Lee Hopley, Director of Economic Insight and Research at UK Finance.

“From October last year the new £100 limit was rolled out and it gives customers greater choice about how they pay for things like their weekly shop or a tank of fuel. For 2021 as a whole there were over 13 billion contactless transactions, which was a significant increase on the previous year, and in December a record 69% of all debit card payments were contactless purchases.”

To find out more about the UK payments market CLICK HERE