Developments in technology leading to contactless payment cards have led to several trends in the past years. POS payments grew stronger while cash withdrawals at ATM by card declined; card usage in general increased during that time, and cardless bank payment services and mobile payment apps continues to skyrocket. 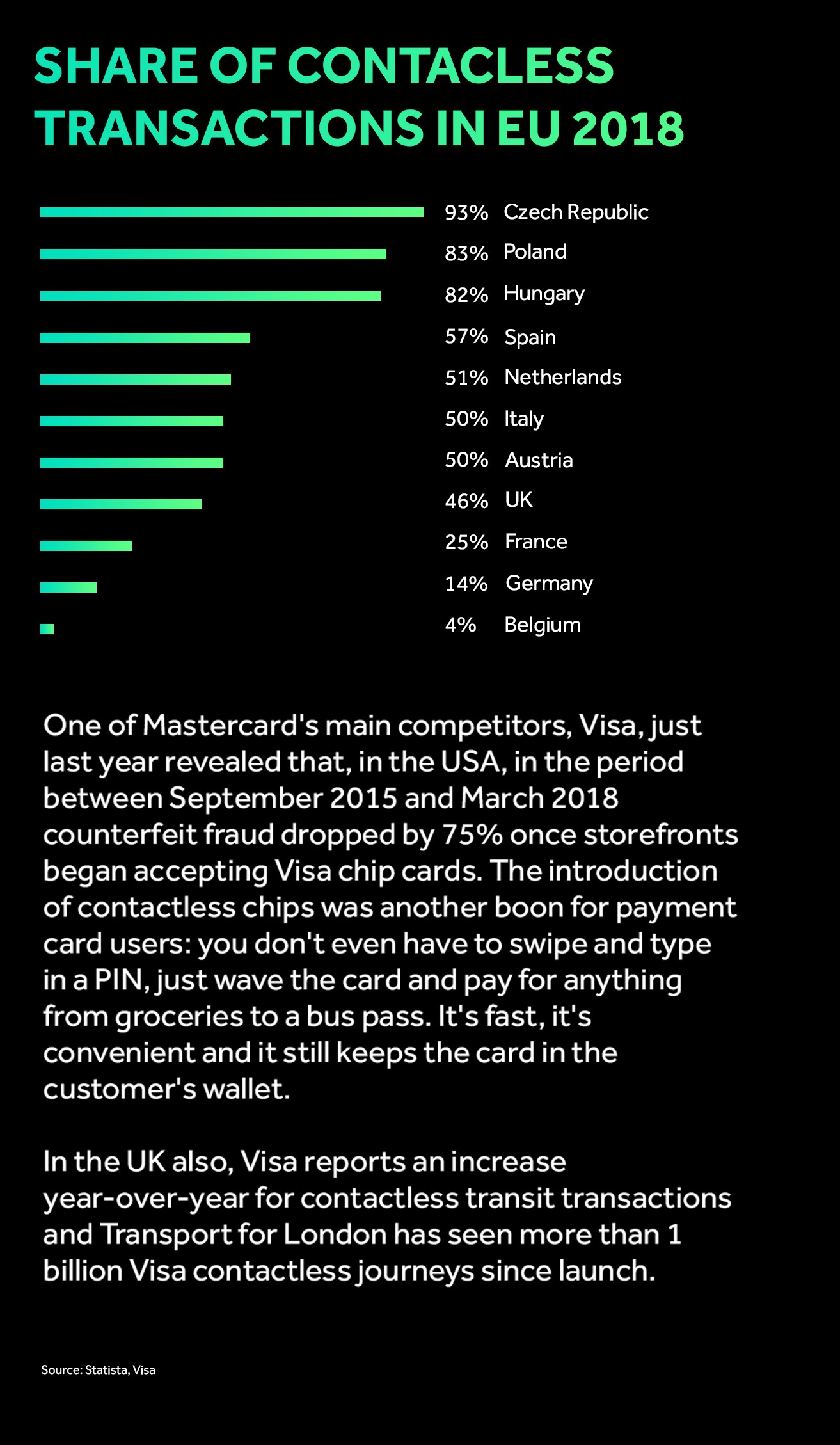 Just two years ago, in 2017, card payments by number accounted for 55.3% of cashless payments in Europe, a significant increase when compared with 2016’s 52.2%. But when in 2019 Apple introduced its own payment card, reviews by business professionals have marked it as of limited appeal in a world steadily moving towards one-click payments, always with an eye towards removing friction – according to an article originally published in inpaymentsmag.

So what does the future hold for the humble plastic payment card, present in most wallets for decades? Its predecessor and frequent competitor, the check is still in use but increasingly out-of-date in a world of mobile transactions.

The check also owes its longevity to consumer inertia – why change something that works? This may certainly play into payment card’s favour for a time, but there is also the fact that payment cards are widely accepted, as POS devices allow even small merchants on the street corners to accept card payments.

But times are rapidly changing and while payment cards are including more and more modern technology, is it enough for them to retain customer loyalty, attract new customers – to not only survive but thrive and improve? Well, the good news is that payment regulations, such as PSD2, are actually pushing payment cards towards the future.

One of PSD2’s improvements is Strong Customer Authentication – a regulatory technical standard for payment security. In order to implement SCA, many payment service providers and card companies have reached for biometrics.

The idea is to provide secure transactions by requiring customer identification via voice, retinal scan or fingerprints for example. And it is fingerprints that have attracted the attention of at least one major player in the payment card world: Mastercard.

The card giant has for some time now been looking into incorporating fingerprint scanners into its cards, which would mean a cardholder could confirm their identity while making a purchase either in-store or online.

A mix of the old and the new

PayPal and Square, both at the top of the payments apps game have discovered that while peer-to-peer payments and in-app purchases are what their customers want, they can still attract even more customers by allowing credit and debit cards to be linked to their accounts. And they are doing this by linking cards with the apps making sure the users get the best of both worlds.

Square’s Cash Card is a debit card linked to its immensely popular Cash App and when the company introduced the Cash Boost incentive, offering cash back when making purchases at coffeehouses and restaurants as well as no annual fee, the card’s payment volume tripled between December 2017 and June 2018. PayPal’s partnership with Mastercard created the PayPal Cash Mastercard, which requires no minimum balance, is linked to a PayPal account, features no monthly fees and is accepted anywhere Mastercard is accepted.

It may, therefore, be too early to spell doom for the payment card, at least as long as simple yet effective features can be easily implemented for both the security of transactions and ease of everyday use.

“What cards inevitably give is reliability – and this is probably one of the reasons Apple, N26 and Revolut made their cards, meaning users can trust that they will be able to pay for their products everywhere because not everyone has contactless terminals,” concludes Darko Novakovic of Mercury Processing Services International.