Availability of the iPhone 7 and Apple Pay have leaked online just hours ahead of Apple’s Worldwide Developer Conference (WWDC) keynote.

Reports emerged about Apple Pay’s UK launch date, and Apple is tipped to announce an 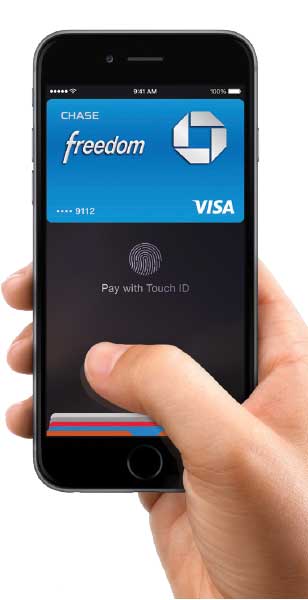 expansion of the service during its WWDC keynote on Monday.

That’s according to The Telegraph, which has heard from “industry sources” that Apple Pay will arrive in the UK in two months’ time, pointing towards an August launch.

This follows similar comments from Visa, which told The INQUIRER that Apple Pay will roll out across Europe later this year.

The report noted that Apple has been in talks with UK banks and retailers about the impending launch, and “has the clout to drive adoption by industry and consumers”.

Many UK retailers’ POS terminals are equipped with NFC capable of communicating with the iPhone and Apple Watch.

Transport for London also revealed on Friday that it has the technology in place to accept payments via Apple Pay, noting that it has already seen payments via the service from Americans travelling in the country.

This is likely to see a more rapid adoption of Apple Pay in the UK than in the US, where the technology is less prominent owing to the use of older magnetic strip credit and debit cards.

Figures from analyst outfit Kantar Worldpanel ComTech showed that 13% of iPhone 6 and iPhone 6 Plus owners in the US have used Apple Pay so far.

Despite this low figure, Apple CEO Tim Cook boasted earlier this year that the firm is already leading the contactless payments market in the US, and that one million credit cards were activated on the service in the first three months following its launch.

“You are only relevant as a retailer or merchant if your customers love you. It’s the first and only mobile payment system that’s easy, private and secure,” Cook said.

In addition to an expansion of the service, Apple is also tipped to announce an Apple Pay rewards programme during the WWDC keynote on Monday. This will offer ‘perks’ to those who use the iPhone or Apple Watch to make purchases.

News of the iPhone 7‘s release date comes via a Vodafone memo which was apparently sent to employees and subsequently leaked to Mobile News.

The memo claims that the “new iPhone” will go on sale on 25 September, with pre-orders kicking off on 18 September. No prices or further details about the device were mentioned.