Apple Pay ties up with Amex to bypass unwilling banks 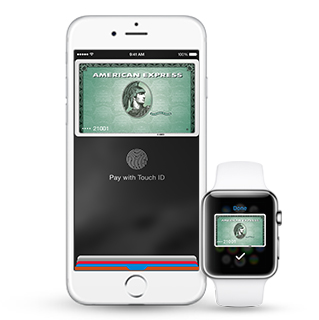 Apple Pay ties up with Amex to bypass unwilling banks

Australia and Canada will be able to use Apple Pay for transactions on iPhones, Apple Watch and iPads this year and in Spain, Singapore and Hong Kong in 2016.

“We believe it is critical to be on the forefront of seamless and innovative payment solutions for our card members and we are pleased to be able to deliver on that with Apple Pay,” he said in a statement.

Some banks in Australia now offer contactless payments on Android mobiles, but Apple has struggled to get agreement with banks to launch via Visa and MasterCard networks outside the US and Britain.

Even in the US, the number of people actually using Apple Pay is estimated to be very low. This is partly because contactless payments infrastructure is much lower there than in many other countries.

Unlike Google and other mobile wallet providers, Apple Pay wants a cut of the fees the card schemes pay to the banks, but these payments known as interchange fees – which amount to about $2 billion annually for all Australian banks – are much lower in Australia and Europe than the US.

In August, Commonwealth Bank of Australia chief executive Ian Narev told Fairfax Media Apple would find it hard to convince banks to give up revenue in return for being able to offer Apple Pay.

He said CBA already offered the same functionality as Apple Pay through its app – for users of Android phones – for two years, so it was difficult for Apple to argue it is providing much value. In the US, Apple Pay was innovative because tap-and-go was not a feature of that market.

Other major banks privately said talks were ongoing with Apple. But one said the Amex deal represented a very small part of the credit card transactions in Australia and believed it would put minimal extra pressure on banks to to do a deal.

Apple would not confirm whether it is in talks with any banks or discuss the terms of the deal with Amex. “You will need to speak to the banks about their plans,” a spokeswoman said.

Apart from its so called “companion cards”, American Express issues its cards directly rather than relying on banks. The fees it charges are also on average about twice the rate for Visa and MasterCard, at about 1.7% per transaction.

Amex wouldn’t comment on whether Apple will take some of its fees. American Express already works on Apple Pay in the US and Britain, along with Visa and MasterCard.
More than 95% of Amex cards have chip and PIN authentication rather than magnetic stripes now after all card schemes and banks in Australia began discontinuing these cards from August 2014.