USA Technologies announced the results of a study testing whether targeted POS advertising of Apple Pay acceptance would increase usage of mobile payments by consumers.

According to early results, USAT believes that smartphone users shown digital advertising at 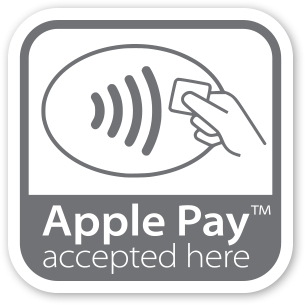 POS through the ePort Interactive platform are more apt to pull out their iPhone to make a purchase, and even spend more during the transaction.

USA Technologies began implementing NFC technology into its cashless payments solution approximately 10 years ago and by January 2015, was able to provide Apple Pay users with 200,000 places to use their wallets shortly after Apple Pay launched in October 2014.

As of June 1, 2016, USAT now provides consumers with the option to make payments using their mobile wallet including Apple Pay at more than 300,000 NFC-equipped machines nationwide, such as vending, single-serve coffee, laundry and parking pay machines.

As part of the study initiated in March 2016, USAT rolled out digital advertising through its ePort Interactive platform and digital touch-screen cashless device focusing on Apple Pay on 35 select machines in specific urban locations with a high density of iPhone users.

“Whether an ad at point-of-sale serves as a simple reminder that a consumer can use Apple Pay to make a purchase, or educates and informs them of how easy, secure and private the mobile payments service is, consumers are responding positively as they buy more and spend more, more often,” said Maeve McKenna Duska, senior vice president of marketing and sales, USA Technologies.

“Recent research shows that consumers are becoming more accustomed to using their phones to make payments, particularly to make smaller purchases where, we believe, speed and convenience is often a top priority. We believe the unattended markets we serve will continue to drive Apple Pay use – and that consumer awareness campaigns at the point-of-sale are key to accelerating adoption even further.”

A recent study by Auriemma Consulting Group found that 70% of Apple Pay users say they are more likely to choose a store that accepts Apple Pay. In addition, one in five smartphone users are predicted to use mobile payments by next year, with the total value of mobile payment transactions expected to grow 210% in 2016 according to eMarketer.

“Cracking the code on consumer engagement is critical for retailers, and self-serve retailers are no exception,” said Tom Murn, chief executive officer, The Answer Group, one of the country’s largest vending companies whose machines were part of the study.

“We are thrilled with the results so far, as it shows that consumers are not only open to receiving digital advertising at our machines, but are also being influenced by the information we are providing to them. As Apple Pay’s footprint continues to grow and more retailers offer mobile payment options at point-of-sale, the expectation will soon be that we accept Apple Pay and other mobile wallets on every machine.

By integrating digital advertising and other consumer engagement initiatives, retailers will be able to move beyond the transaction and be ready and able to benefit as consumers enjoy the best user experience.”