According to Sydney Morning Herald, Australia’s largest banks are fighting with Apple, as it tries to muscle Apple Pay into the hotly contested payments market.

According to sources, fees are a big sticking point in the negotiations, with big banks not 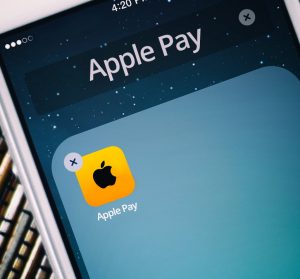 willing to give Apple a slice of the $2 billion a year they earn in interchange fees, which are paid by merchants for use of payments infrastructure.

In the US, Apple earns about $0.15 on every $100 of transactions. It is understood Apple has been asking for the same amount of interchange fee in Australia.

The difference, as with the launch of Apple Pay in the UK, is that Australia’s big banks will not agree to this level given that interchange fees in Australia are about half the US level – equivalent to an average of $0.50  $100 of transaction compared with about $1 for $100 of transaction fees in the US.

Commonwealth Bank of Australia chief executive Ian Narev would not comment on the progress of negotiations with Apple, but said Apple’s attempts to offer Apple Pay in Australia won’t be as easy as it was in the US given Australian banks’ record of innovation.

“By most global standards, the capability that the Australian banking sector has generally, and Commonwealth Bank has specifically, to provide for customers is ahead of a lot of the other markets around the world where Apple has done well,” Mr Narev said last week after delivering the bank’s full-year cash profit of $9.14 billion.

“There is functionality associated with Apple Pay that we have had in the market for 18 months to two years.”

Apple Pay launched in October 2014 in the US and in Britain last month. It allows users of an iPhone 6 or Apple Watch to use a tap-and-go terminal to pay for items by holding their fingerprint on the phone or double-tapping the face of the smartwatch. But to be switched on in a market, Apple needs to strike a deal with banks to use the payments system.

Mr Narev said CBA had already offered the same functionality as Apple Pay through its app – for users of Android phones – for two years, so it was difficult for Apple to argue it is providing much value. In the US, Apple Pay was innovative because tap-and-go was not a feature of that market.

Westpac also allows customers with Android phones to use them to pay via tap-and-go through the bank app. Take-up, however, has so far been low, with most customers preferring to pay with their cards.

National Australia Bank was rumoured to be closest to securing a commercial arrangement with Apple over its payments product but Fairfax Media has been told it is more likely a small bank will be the first to strike a deal with Apple and use it as a tactic to target iPhone users for transaction-account market share.

In Britain, the banks were successful in negotiating Apple down to a much lower fee. Apple is receiving only a few pence a £100 transaction, the Financial Times reported last month.