At the recent Apple developer conference Apple presented the redesigned and refreshed App Store. At the same time Apple has changed the terms & conditions for app developers. One change especially stands out and will/could mean chaos for developers and users.

It’s the addition in point 10.6 of the T’s & C’s that already started to upset developers and app owners in 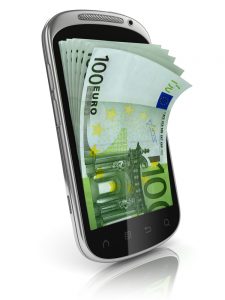 Earlier this rule was to ensure that all app’s to be released in the App Store have a general and good user experience. The addition now stipulates that no app is allowed that needs another app to be working. So, big problem for popular Swedish apps that need Swedish mobile BankID for login/authentication and signing of transactions.

Examples of apps that will be affected when they want to update them are, super popular mobile money transfer app Swish with 4.4 million users and that “Swished” €1 billion in May alone, all Swedish   banks mobile banking apps, all major governmental and public services apps.

It is also worth remembering that Sweden and the Nordics are “iPhone countries” with 50% plus/minus market share.

The same goes also for our neighbour Norway with their “similar” mobile BankID app, not as big a success as in Sweden, but used for login at mobile banks and other services.

The implications for other countries are also strong. However, following the media backlash in Sweden, Apple seems to have given Sweden an exception from the new ruling on “no app can be dependent on another app to work” to be approved in Apple App Store.

The exception is for Sweden only and, it is understood, for Mobile BankID only dependent apps…at least for now.